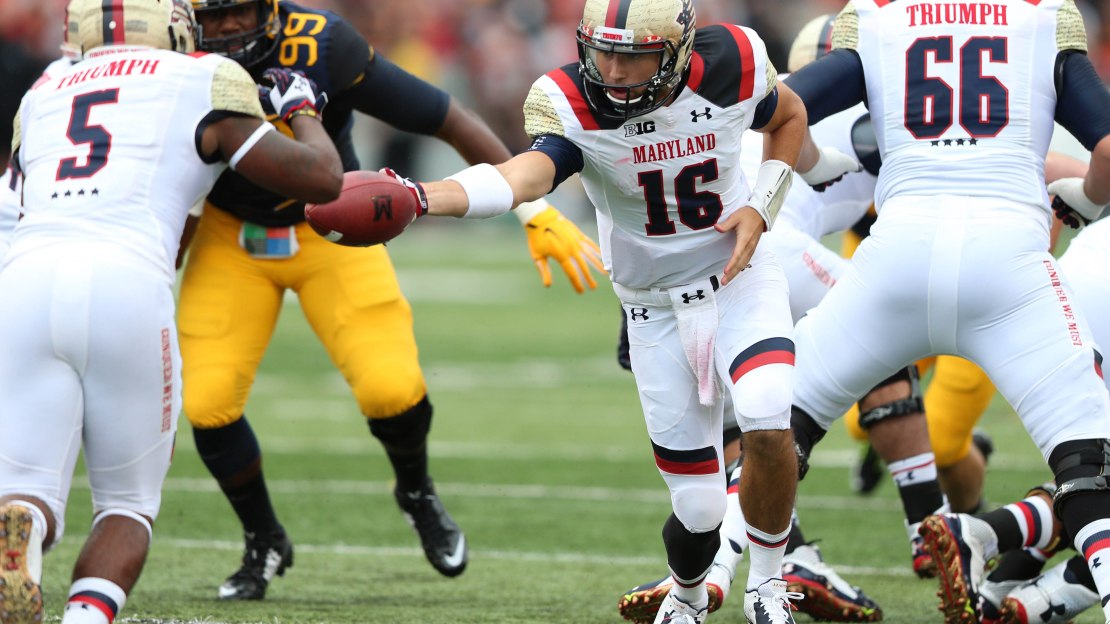 Some opinions, observations and hard takes on the Big Ten in Fourth & Long.

If the Big Ten championship game features two 11-1 teams playing each other, I feel confident that the winner will earn a spot in the playoffs-and the loser will get slotted into a New Year?s Day bowl.

A lot is being written about why Michigan never has progressed under Brady Hoke. The spot-on analysis always centers on failures at quarterback. In his four years in Ann Arbor, Hoke never has started full-time a signal-caller that he recruited. Denard Robinson and Devin Gardner were Rich Rodriguez recruits. Hoke should have installed his offensive style from the start and began cultivating his own signal-caller from Day One. Yes, Michigan likely wouldn?t have won much in Hoke?s first two seasons, but the program likely would be peaking about now.

The Maryland at Wisconsin game is intriguing. The Badgers must protect their home turf coming off a bye week. But Wisconsin will face a hot Terps squad that has lots of speedy, explosive players on offense. If Maryland can get a lead and force the Badgers to play from behind and pass, the Terrapins could pull the upset. Watch it live on BTN & BTN2Go.

First Iowa and Wisconsin, now Illinois will go with a two-quarterback system. Tim Beckman has said he?ll have a plan to use both Reilly O?Toole and Aaron Bailey. What?s strange is how coordinator Bill Cubit doesn?t seem to embrace the notion.

?I don't know. I'll be honest with you - I've never done it before,? Cubit said. ?Both guys have pretty good qualities. We'll figure it out.?

And this: ?The playbook gets really expanded for one guy,? Cubit said. ?You just can't run two plays, three plays out there. You've got to give the other team a little bit of credit that they're going to come out there in defense and they're going to have different schemes for it.?

Illinois plays host to Minnesota his Saturday. This is going to be interesting.

The best team with one Big Ten loss? That?s easy, it?s Nebraska. The Cornhuskers? lone conference defeat came at Michigan State. No shame in that. It seems most of the media is focused on MSU and Ohio State when it comes to discussing elite Big Ten teams. Rightly so, as they clearly look like the conference?s top squads. But the Huskers are lurking in the weeds, ready to pounce. In fact, they should be favored in each of their remaining games. If Nebraska wins out and makes it to the Big Ten title game at 11-1, look out.

Purdue is just 3-5 overall and 1-3 in the Big Ten. But this program is ascending. You have to wonder: If the staff had started Austin Appleby from the beginning this season, would the Boilermakers have beaten Central Michigan and Iowa? I think at the worst, Purdue would have split to be 4-4, setting it up at a run for a bowl with four games left. Regardless, Darrell Hazell is guiding this team on a rising path coming off a brutal 1-11 debut. If Purdue can win one or two more games, it would be very impressive.

The collection of running backs in the Big Ten is amazing. How amazing? The top four rushers in the nation are from the conference. Indiana?s Tevin Coleman (1,192), Wisconsin?s Melvin Gordon (1,046), Nebraska?s Ameer Abdullah (1,024) and Minnesota?s David Cobb (1,013). And the nation?s No. 5 rusher is Central Michigan?s Thomas Rawls, who began his career at Michigan. Somewhere, Woody and Bo are smiling.

While the Big Ten is loaded with top backs, the conference is lagging at quarterback. You have to scroll down to No. 34 to find the first Big Ten quarterback among the nation?s leaders in passing yards: Rutgers? Gary Nova (1,793). And that?s an unlikely name. The need for more top-flight quarterbacks remains. Ohio State?s J.T. Barrett, Michigan State?s Connor Cook and Penn State?s Christian Hackenberg are cuts-above-and Illinois? Wes Lunt looked good before getting hurt. But, is that it?