Here's how the Big Ten's expansion will impact basketball 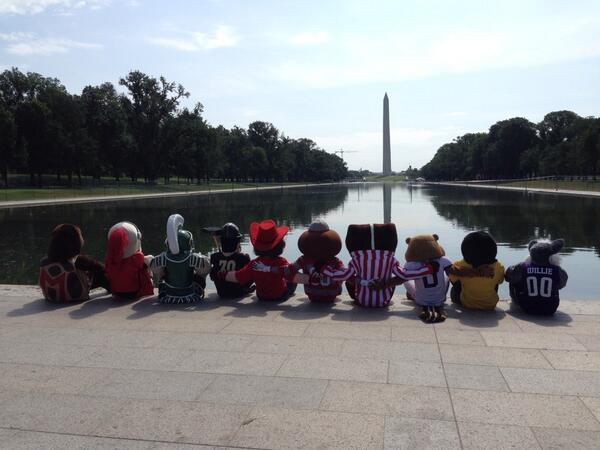 Penn State coach Pat Chambers didn?t have to stop to think before answering the question. Was he happy that his school no longer was the Eastern most institution in the Big Ten with the additions of Maryland and Rutgers?

Welcome to the new Big Ten, which for the first time will kick off a basketball season as a 14-team league. Changes already have been made, as the conference schedule will have schools playing five teams twice and eight teams just once.

?I think with where we are right now and adding obviously Rutgers and Maryland as members 13 and 14, yeah, I think it makes sense how they did (the Big Ten schedule),? said Illinois coach John Groce. ?Obviously in a perfect world, I think everyone would love a round-robin where you play everybody home and away, but at this juncture, I think it's wise. I've got no problem with the schedule and the way that it's done in the climate of college basketball right now for us to play 18 games. Most of them are wars, night in and night out, and the way that they put it together makes total sense to me.?

And the league tourney also will be extended an extra day to accommodate the new configuration. The tourney now will start on Wednesday with two games. From there, the tournament will follow its current format: four games on Thursday, four quarterfinals on Friday, two semifinals on Saturday and the title game on Sunday.

But more than anything, the additions of Rutgers and Maryland expand the Big Ten?s footprint into new, heavily populated areas. The benefits are many. One is recruiting.

?Well, it can only help,? said Wisconsin coach Bo Ryan. ?I started as an assistant in the '70s (in the Big Ten). We were able to get some players from the East, Wes Matthews from Bridgeport. The Gregory brothers from Coolidge High in D.C., Larry Petty from Memorial, Danny Hastings out of Philly.

?Well, then the '80s came, and the Big East came in, and the players from the East were not traveling to the Midwest anywhere near in the numbers they were before. So when you ask a person like myself that saw that happen, now you're opening up the East more to the Midwest ? it's opened up more recruiting areas for the teams that have been added and for the teams that have already been in existence in the Big Ten. We've expanded our horizons, and I think it's great.?

For Rutgers and Maryland, the new address means new opportunities and new challenges.

?Fortunately for me or unfortunately for me, I've moved around,? said Maryland coach Mark Turgeon. ?I've been in quite a few leagues now. I didn't anticipate this one, but here we are, so I'm used to it.

?We put a lot of film study in here in the fall to the teams. My assistant coaches, film guys will do a lot of that work, putting things together for me to study.?

And it will take some time for Maryland and Rutgers fans to get accustomed to being ?Big Ten? schools. Heck, for the Scarlet Knights, this will be their third league in three years-going from the Big East, to the American Athletic, to the Big Ten.

?You know, all summer it's been talked about, been read about, and just like our football program, I don't think it resonates until we actually see Rutgers against Michigan, against Penn State, against Indiana,? said Rutgers coach Eddie Jordan. ?I think that's when it really resonates. But again, our football team has done a great job. The Penn State-Rutgers game had a great viewership, and the energy and the anticipation is there on our campus and our community, but for the larger community, recruiting base, I don't think it will resonate until we actually get on the floor and see the opponent eye to eye and people can see that.?

This is a golden opportunity for Rutgers to boost a program that hasn?t been to the NCAA tourney since 1991. The expanded exposure, coverage and money have to help Jordan build the program.

Maryland brings a glossier resume to the Big Ten, boasting a rich history of All-Americans as well as a national championship banner in 2002 while in the ACC. But this is a new beginning for the Terps in the Big Ten.

?The Big Ten did a great job for us giving us a great home schedule this year. We have a lot of big names, powerful programs coming into Maryland this year that will have our fans pretty excited.?