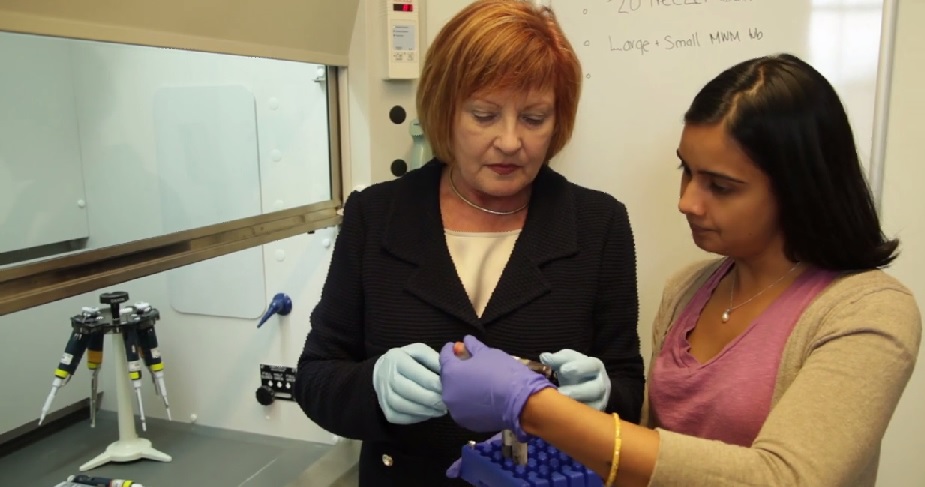 Depression affects more than 350 million people of all ages around the world, and one of the key components to effective treatment of depression is timely and accurate diagnosis.

According to Northwestern University professor Dr. Eva Redei, depression is typically diagnosed through a clinical interview between the patient and the primary clinician. Unfortunately, the accuracy of the diagnosis depends heavily on the ability and willingness of the patient to respond to questions from the healthcare professional.

?If someone is very seriously depressed, many times they are not willing to express how they feel,? said Redei, the David Lawrence Stein Research Professor of Psychiatric Diseases Affecting Children and Adolescents at Northwestern University. ?There is also a stigma and fear that they will be labeled.?

Blood tests to diagnose depression or other mental illness have been developed before, with varying results. However, the test developed by the team at Northwestern would be the first of its kind that could be done in any clinical laboratory, and could also be the first to help predict the outcome of different types of therapy for depression.

It?s important to note this blood test would be used in addition to other methods of diagnosis, not as a replacement, Redei said. She described it as being similar to visiting a physician for other types of health issues.

?It would be comparable to conducting cardiac risk tests, or getting cholesterol levels, and then going back to doctor, and together with all the other information resulting in a diagnosis,? she said. ?We are really trying to help people who can't have treatment without a precise diagnosis.?

Redei said the test was developed from a long-term study using animal models, and both genetic and stress assessments. The blood test would measure the level of certain biomarkers similarly to the way cholesterol and glucose are routinely tested. If an abnormality is detected from the normal range, then that information would be communicated immediately to the physician.

If the results from the study are repeated and confirmed, the hope is this blood test might also provide valuable information on who might respond to psychotherapy versus different types of medication.

?If a person?s biological makeup shows they will not respond to psychotherapy, it is possible that this test might help them to gain time and reduce suffering,? Redei said.

The team of researchers were originally funded by the Davee Foundation. Their work continues to be fully supported and aided by Northwestern. According to Redei, the university has filed patent applications for these markers, and they are now focusing on what is the fastest and easiest way to get the test into clinics throughout the country. She credits her hard-working team, including David Mohr, the co-author of the original paper in which the study was published, and his team, which identified the patients and controls used in the study. She also credits Dr. M.J. Kwasny, a statistician who analyzed the data results from the study.

Overall, Redei emphasizes one of the most significant benefits of this blood test is the potential for it to diminish or lessen the stigma of depression.