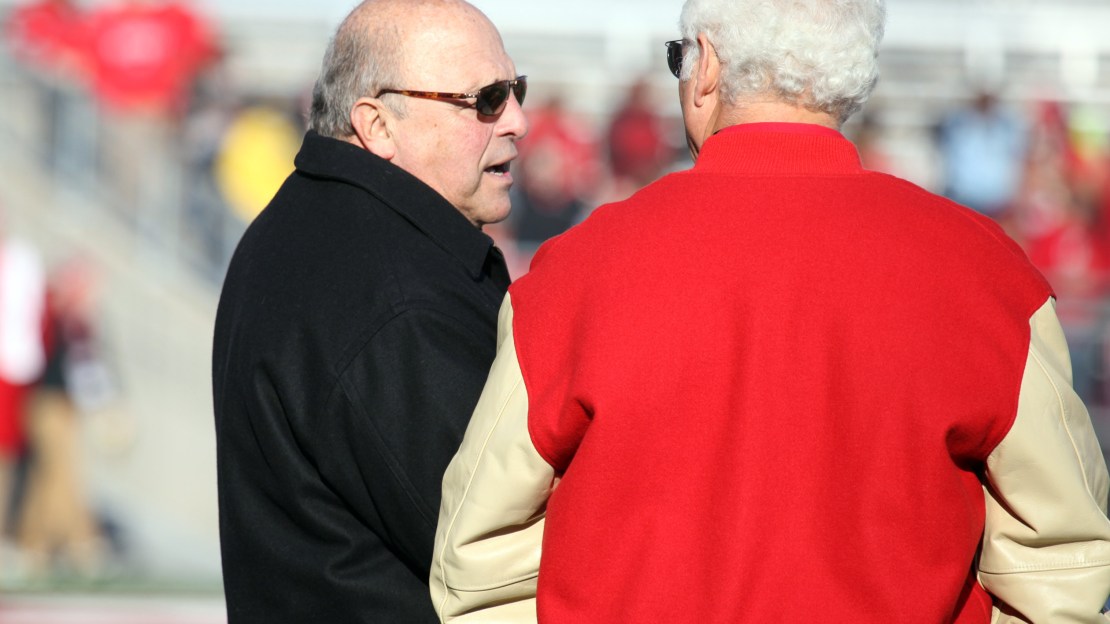 Tuesday, the College Football Playoff Committee will release its initial Top 25 as a lead into the four-team playoff that begins this season. It will give America a nice snapshot into what the committee is thinking.

Subsequent polls will be released each Tuesday leading up to the final one on December 7. The top four teams will be playoff bound.

But I don?t think it?s a great idea for the Committee to release polls weeks in advance. And neither does Jerry Palm of CBSSports.com.

?No. It is the dumbest thing they are doing,? said Palm. ?Why? Because you run the risk of being locked into a poll mentality.?

Poll mentality, you say? What?s that? Palm gives an example.

?Top-five teams Notre Dame and Florida State played last week in Tallahassee,? said Palm. ?Great game down to the wire. The higher-rated team, No. 2 FSU, wins. Poll mentality says that Notre Dame has to drop in the rankings. And, in fact, it did in the coaches (5th to 8th) and writers polls (5th to 7th). Not far, but they dropped for no other reason than they lost.?

According to Palm, that doesn?t jibe.

?In fact, what that game did was validate Notre Dame?s ranking. I thought they were probably overrated going into that game. I wasn?t sure they were a top-five team until that game. That game validated their ranking. Is this committee smart enough to see that? Or will they drop them just because they lost?

?That?s what worries me about doing rankings in advance. If the Committee is smart enough to not get caught up in poll mentality, will they get criticized for it because people expect poll mentality."

It?s no secret why the Committee is doing these early polls. This is driven by ESPN, which owns the broadcast rights for the Playoff and New Year?s Day bowls. So, naturally, ESPN will televise these weekly unveilings of the Playoff Committee?s Top 25. It?s good for business, if you know what I mean. Sure you do.

Fans and media outlets will love it. They?ll analyze it, talk about it, and complain about it for hours and hours and hours each week. God bless this idea by ESPN. I just hope the Playoff Committee is ready for the weekly scrutiny–and avoids "poll mentality."

Many things can and will change between now and the unveiling of final Top 25. And the weekly machinations of this poll will be analyzed to death, forcing the Committee to explain itself weekly. Beefs could go something like this each week: Why did TCU pass Oregon this week? They both won.

And so it will go. Imagine if the NCAA basketball committee revealed a weekly bracket beginning six or so weeks away from Selection Sunday. It would make for great entertainment and debate, but it would bring even more scrutiny to the committee and put it on the spot weekly to defend itself. Instead, the committee only has to explain itself one time: On Selection Sunday, when everyone wants to know who the last four teams were in and the last four teams out in addition to logic used for seedings.

What happens if there are fluctuations-maybe wild fluctuations–between the Playoff Committee poll and the AP and Coaches polls each week? That surely will cause America to wonder who has it right.

?I think wide variance would surprise me,? said Palm. ?You might see teams ranked a couple spots different (from the AP or coaches poll). One possible exception could be a team like Marshall. As the season goes on, they figure to move up the rankings for no other reason than because they are undefeated. But the committee may hold back Marshall based on its schedule if they are avoiding poll mentality. But you should see teams within a few spots in all of the polls.?

This is going to be fun ? and interesting.