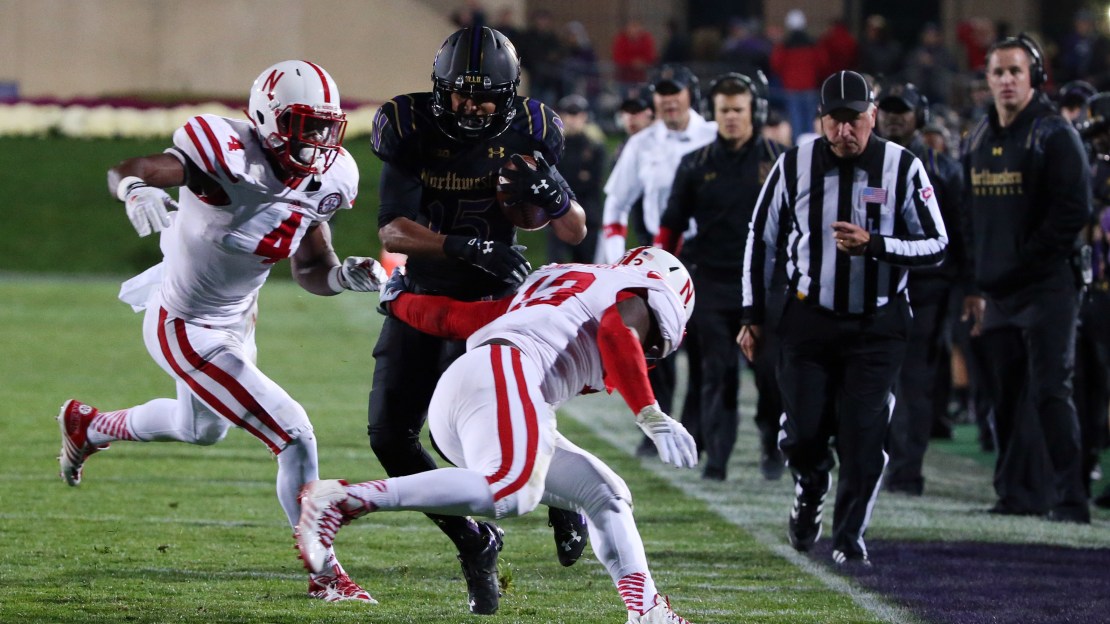 SI.com released its NFL Draft Big Board 2.0 on Tuesday, and six Big Ten stars are slated to go in the first round.

Nebraska defensive end Randy Gregory comes in at No. 2, behind only Oregon quarterback Marcus Mariota, to pace the half-dozen Big Ten players.

See what SI.com's Chris Burke has to say about his predicted Big Ten first-rounders below.

"A minor knee injury slowed the start to Gregory's 2014. He still leads the Cornhuskers in sacks (4.5), tackles for loss (6) and hurries (9). Two years removed from junior college, Gregory (6-6, 240) offers incredible upside as an edge rusher."

"What set up as a monster senior season was derailed by a Sept. 6 knee injury. Scherff missed almost no time despite needing surgery, though he has not always looked 100 percent, like in a shaky game versus Maryland. A healthy Scherff has All-Pro potential at right tackle or guard."

"The Wolverines' myriad issues plus an ankle injury have kept Funchess' stats in check (36 catches, 461 yards, four TDs). Against Penn State two weeks ago, he offered a reminder of what he's capable of — at 6-5, 230 no less — by chasing down a deep ball and slicing in front of a safety for a touchdown catch."

"Another prospect of whom more was expected in 2014. He might have turned a corner in the Spartans' win over Nebraska a couple of weeks ago. Unlike a few others above him, Calhoun might be limited to a 4-3 DE spot, but he should have no shortage of suitors."

"The first of two Big Ten backs in a four-spot window here, Abdullah is a personal preference over Melvin Gordon. Why? Mainly because he's already shown he can be a three-down back, whereas Gordon has been eased into that role by Wisconsin. Abdullah (5-9, 195) has 16 touchdowns and nearly 1,200 total yards this season. His quick-cut running style is reminiscent of LeSean McCoy."

"Speed, strength … and more than 1,000 yards on the season. Gordon (6-1, 207) might be best suited for what, say, the Colts keep trying to get out of Trent Richardson — a two-down workhorse with a knack for finding the end zone, who then steps aside for a scatback-type on passing downs. The Wisconsin back deserves Round 1 consideration."