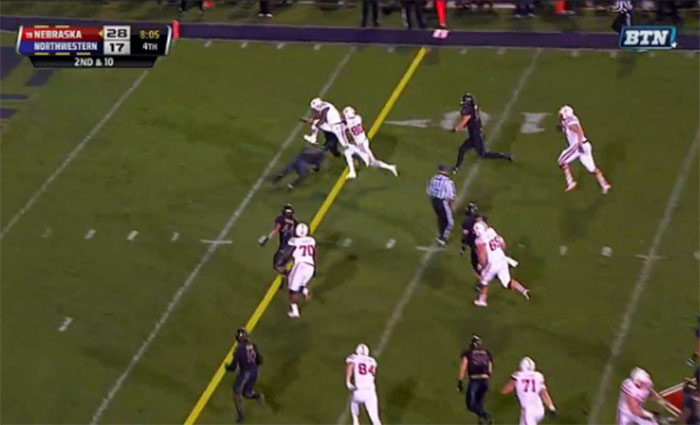 Nebraska's Tommy Armstrong had the Big Ten's (non-scoring) highlight of  Week 8. He had to. Right? Right!

Midway through the fourth quarter, the Nebraska quarterback hurdled a Northwestern defender, at the 7-yard line, and appeared to cross the goal line before his knee hit the turf; in fact, the play was ruled a touchdown on the field, only to be reversed after a short review.

Touchdown or not, Armstrong's hurdle was a thing of beauty and will be remembered for some time in Lincoln. Again, he took off from just past the 7-yard line, and still nearly broke the plane. Ridiculous.

Nebraska scored on the next play, as Ameer Abdullah punched in his career-high fourth rushing touchdown.

How good was the highlight?

Armstrong says that's one small step for man, one giant leap for a Cornhusker