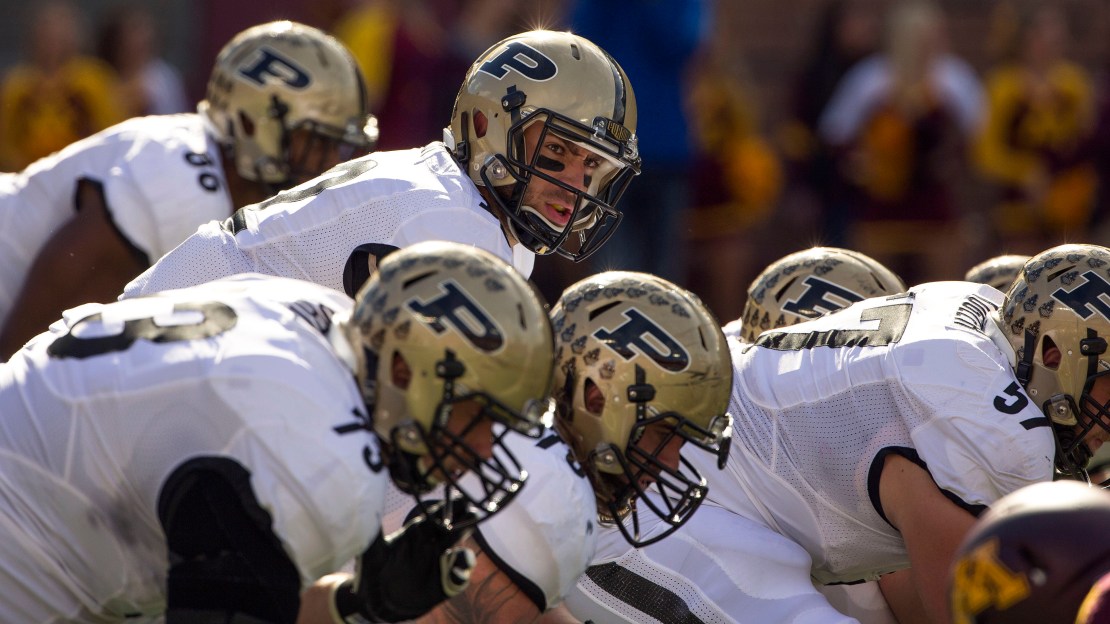 Purdue looks like a new football team. Not just from last year's forgettable 1-11 campaign, but from September.

Two weeks ago, the Boilermakers tallied their first Big Ten win under Darrell Hazell; last week, they scored 31 points in a close defeat to reigning Big Ten and Rose Bowl champ Michigan State; Saturday, they put up 31 points in the first half at Minnesota.

The common theme: QB Austin Appleby. No doubt about it, this is a different team, and offense, with Appleby under center. It's fast, it's prolific, and it's becoming one of the developing stories in the Big Ten.

How good as the offense been?

Well, the Boilermakers have scored 100 points in the last 2.5 games. For a point of reference, Purdue scored 104 points in eight Big Ten games last year.

Here are some tweets about Purdue:

Purdue scored 31 points in the 1st half against Minnesota. That?s? impressive.

Purdue leads Minnesota 31-20 at halftime. Boilermakers offense is speedy with Appleby at the wheel.

Purdue-Minnesota was a higher-scoring first half than Baylor-West Virginia in much less time. You?re welcome. #B1G

If Purdue wins six games, Hazell should be Big Ten coach of the year.

Boilers will take a 31-20 lead into the locker room. Purdue scored on five straight possessions after INT on opening possession.

Purdue has been an improved team under QB Appleby. Today might be the day things turn.

31 points most by @BoilerFootball in first half under Coach Hazell and most since 42 vs. Marshall in 2012. #BoilerUp