Poll: Tell us who made the best Week 8 Big Ten catch? 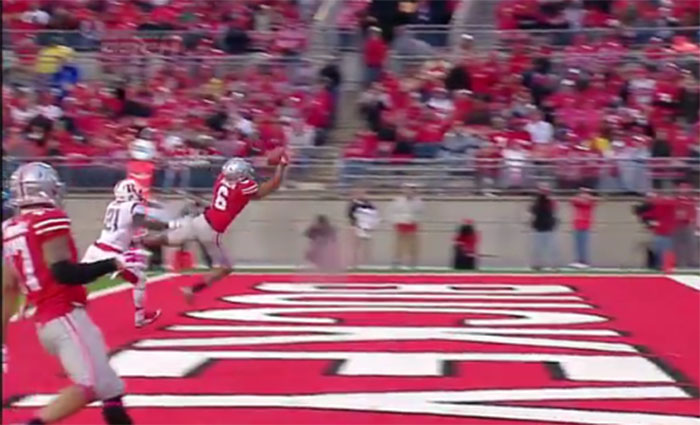 Week 8 featured plenty of highlight-reel Big Ten catches, but three of them stood out to us.

The first of the trio, believe it or not, was by a head coach. Yep, Maryland's Randy Edsall made a great leaping grab of a Jake Rudock pass out of bounds. This would be a good time to remind you that Edsall played quarterback, not receiver or tight end, in his playing days at Syracuse.

The other two were by Michigan State receiver Tony Lippett, who had a Willie Mays-like grab in an easy win vs. Indiana, and Ohio State receiver Evan Spencer, who hauled in a beautiful one-handed touchdown grab in the team's blowout vs Rutgers.

Which catch was the best?

Watch all three below, and vote in our poll at the bottom of the post.

Attention @umterps fans: you have a new defensive back on your team & he is also your head coach. #DQFanFavorite http://t.co/jukcFr9PCF

Check out @MSU_Football Tony Lippett's amazing 41-yard catch against Indiana. Brought to you by @Buick. http://t.co/MxHFtYOJ80

So, tell us, which catch was the best?