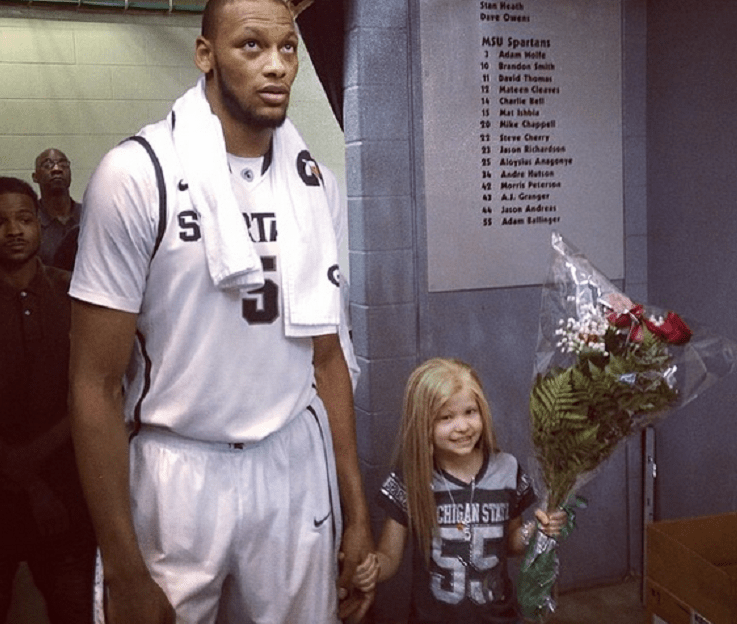 Even before my time at BTN, I was a big fan of The Journey and the storylines that capture the lives of basketball players on and off the court. I was excited to learn that on Tuesday, The Journey landed another award. The Journey: Big Ten Basketball 2014 was named ?Best Sports Show? by the Cablefax Program Awards, which recognizes ?those who create amazing content and programming for their viewers.? Other category nominees were BTN?s The Journey: Big Ten Football 2013, along with Discovery Channel?s Skywire Live with Nik Wallenda, and CNN?s Bleacher Report on the Super Bowl.

?This is a tremendous honor for our production team and it reflects their excellence, work ethic, and hunger to be great,? said Coordinating Producer of BTN Originals Bill Friedman. ?I think this award shows that BTN produces a high-quality product that people enjoy and appreciate.?

Last season, I found myself particularly interested in one storyline that later became a phenomenon with not only the Michigan State team, students, and fans, but the whole nation as well. Michigan State?s Adreian Payne befriended a young girl named Lacey Holsworth who was battling cancer. The show highlighted the unique bond between the two, who became each other?s biggest fans. Payne gave her the nickname of ?Princess Lacey? and from that moment on she captured the hearts of a nation.

Another BTN Originals film is also likely to capture hearts on Saturday night, when BTN Originals premiers Unbeaten: The Life of Brook Berringer following the Nebraska at Northwestern game. Produced by the same directors as The Journey and last year?s feature film, Tiebreaker, this story will make you feel the presence of Berringer, just as you did for Princess Lacey. The film documents the beloved University of Nebraska quarterback who is best remembered for his resilience and selflessness in the face of adversity and his tragic death two days before the 1996 NFL Draft. The film will feature rare, archival footage of Berringer on camera, highlights of key Nebraska games leading up to the National Championship and interviews with Tommie Frazier, Tom Osborne, and Brook?s mother, Jan Berringer. This is a BTN Originals film that you do not want to miss.

Click here for a review written by Ed Sherman on Unbeaten: The Life of Brook Berringer.

BTN Originals will debut a new season of The Journey: Big Ten Football 2014 at 7 PM ET on Wednesday.