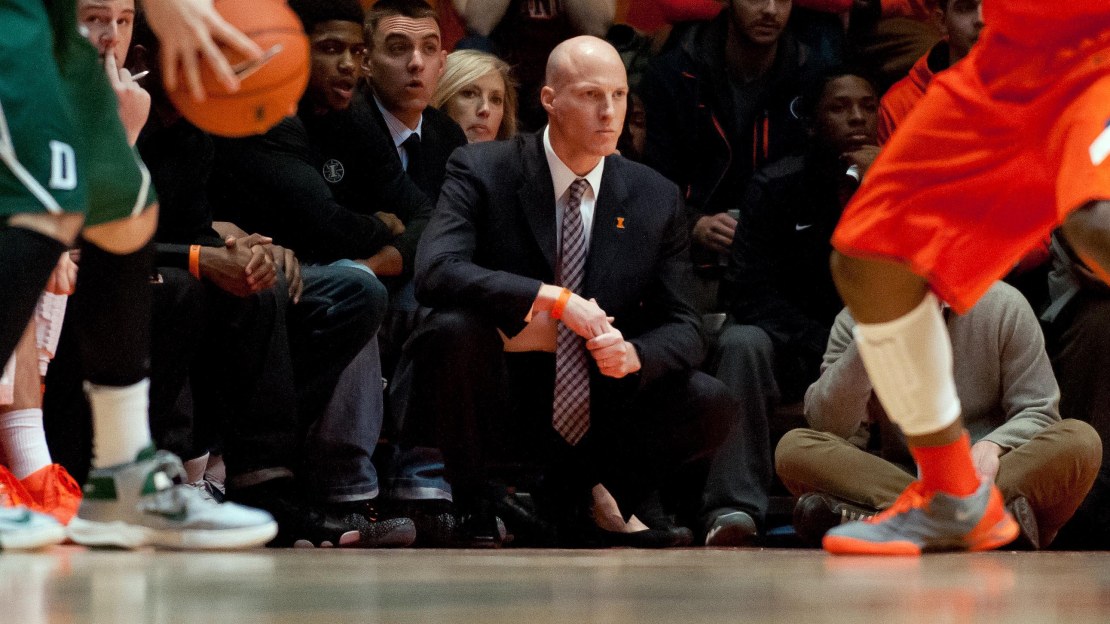 Illinois is an intriguing team, returning all of its starters. And the Illini also have added two transfers in Ahmad Starks (Oregon State) and Aaron Cosby (Seton Hall) that John Groce says have made difference. But how will Illinois do without Tracy Abrams, who suffered a knee injury this fall that will force him to miss the season?

?For us we're going to be fine,? said Groce. ?We've got Ahmad Starks who's been terrific on the offensive end. He packs a big-time punch. Yesterday we scrimmaged and he probably had his best practice of his career at Illinois. We've got some fire power there. (Jaylon) Tate has really improved. Tate has some innate leadership qualities and brings some vocal leadership to our team that I like.?

Groce also will look to Nnanna Egwu for leadership.

?He understands that he's got a great responsibility,? said Groce. ?To whom much is given, much is expected, and I'm not talking about necessarily from a production standpoint, I'm talking about from a leadership standpoint, and he has been tremendous in that regard, teaching Leron Black (a top 40 recruit) and Michael Finke and helping the transfers that are playing now get acclimated.?

Groce knows that leadership is needed for a program?s whose expectation is the NCAA tournament, which wasn?t attained last year.

?You know, we're at Illinois,? said Groce. ?People ask me that often. For us we don't shy away certainly from that expectation.?