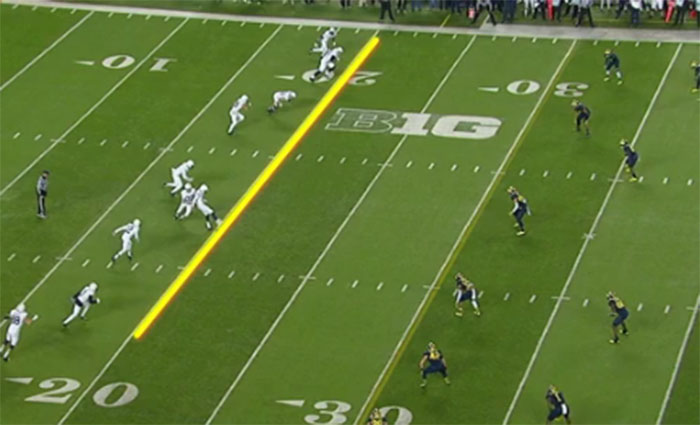 Down 18-13 with 1:41 left Saturday night, Penn State recovered an onside kick. The Nittany Lions, however, were ruled offside. Was it the right call? Our analysts discuss it above.

Penn State had another chance at an onside kick, but Michigan pounced on it to seal the 18-13 home victory.

Here's what our analysts said:

"That's close, I wouldn't have called that." – Stanley Jackson

"That looks like the wrong call, it really does. It looks like all the Penn State players are behind the ball when the ball is kicked." – Gerry DiNardo

"It's too close to call. I don't think it was the right call." – Howard Griffith

Here's another angle of the play: