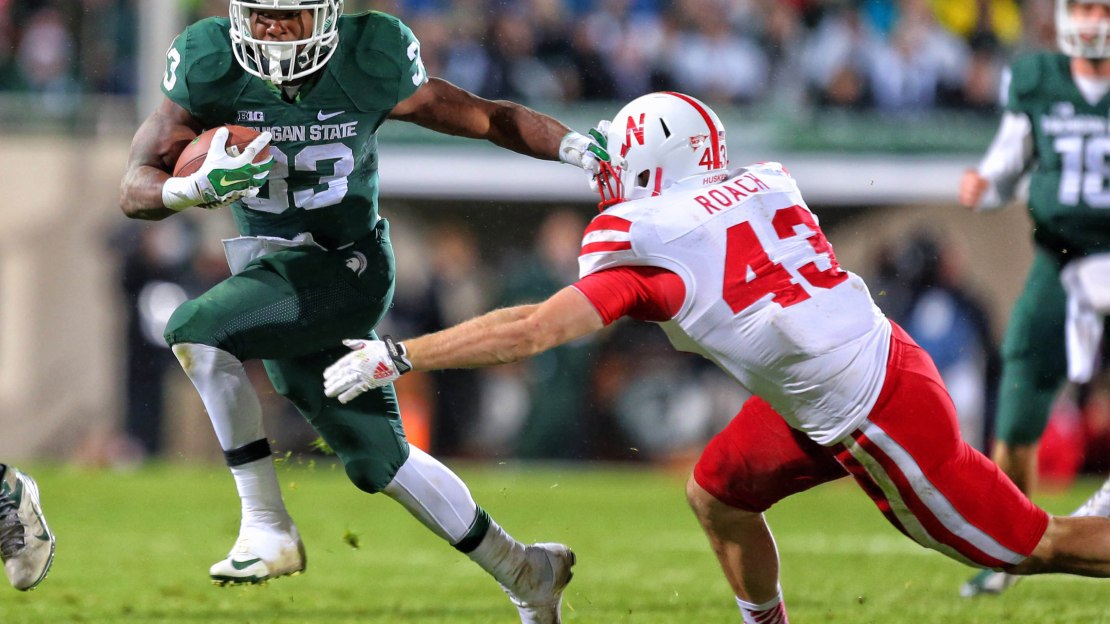 That would be OK with me. But don?t count out Ohio State, which plays at MSU on Nov. 8.

How powerful has Ohio State?s offense been? Well, it?s the second-highest scoring team in school history with the 2013 squad being No. 1.

Ohio State is averaging 44.6 points through the first five games. In comparison, the 2013 Buckeyes averaged 45.5 points a game, flirting with a 50-point average before being held to 24 and 35 points in the last two games.

Iowa coach Kirk Ferentz clarified the quarterback situation for his team: Jake Rudock is healthy and will start vs. Indiana this Saturday.

Ferentz also said C.J. Beathard will play vs. the Hoosiers. I don?t like this. I think just one guy should play-and that one guy is Beathard. Why play two?

Wisconsin is coming off a tough loss at Northwestern, as the offense needs to figure out the quarterback spot. But give coach Gary Andersen credit: He says he and his staff need to do a better job.

Still, playing two quarterbacks? I just don?t like it.

?The key to the quarterback spot right now is the offense functioning as an offense. So much of our issues last week gets highlighted, gets pinpointed on quarterbacks with the issues with the four picks. If you look back at those four picks and you break it down one by one, I think anybody can see that there's a lot more going into those picks than there is just the quarterback making a poor decision or making a bad throw.?

When it comes to big plays, Penn State hasn?t been getting enough of them. That could make scratching out wins difficult the rest of the season. This team can?t count on executing and sustaining eight-, nine- and 10-play drives to score on a consistent basis.

One guy who can help with big plays is freshman wideout DaeSean Hamilton, who has 36 catches for 502 yards. Nice feature here. No doubt, Hamilton has been one of the most surprising freshmen in the league. How good is he gonna be?

First, Michigan State A.D. Mark Hollis voiced his displeasure on Twitter about the lack of a packed house for the Nebraska game. Now, Spartan coach Mark Dantonio has sounded off, wanting the on-field winning culture in East Lansing to convert to better crowd support.

"If we had closed it out, maybe nothing would have been said, maybe, but as the game went, as it came down the stretch, there was a Big Red (Nebraska) roar a couple of times," he said. "The student section got a little sparse, which it does at a lot of places."

I just don?t know how you make people go to games. But I can feel the frustration on behalf of Hollis and Dantonio.

Earlier this season, Flood moved RB Justin Goodwin from running back to the secondary, but he has since been moved back.

"We've moved Josh Hicks to safety to work him in the secondary this week," Flood said. "I think what we'll do is we'll evaluate it at the end of the week and see how we feel about it. But just based on the overall health of that position group and the depth of the running back position group, we think it's a good time to invest some reps in a very talented player who's already playing for us on special teams and see if he can add something to us on defense."

This is a pretty cool table from Cleveland.com that consists of every single quarterback who rated in the Rivals 100 between 2004-14, what his hometown is, where he want to college and the mileage he traveled for school. Long story short: most guys stay pretty close to home.

And here is a chart of Ohio State quarterbacks and their hometowns from 1968 to date.

I?ll leave you with a little hoops today: Could IU?s James Blackmon Jr. be the Big Ten?s top freshman?

Maybe. I know this: No Big Ten newcomer has a fatter scrapbook than Blackmon. Look for Blackmon and Ohio State?s D?Angelo Russell to battle for Big Ten frosh of the year honors.