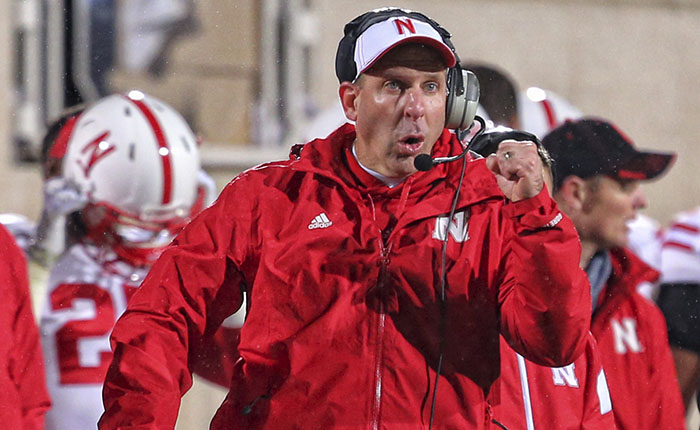 This is interesting: Nebraska coach Bo Pelini has accused the Michigan State defense of clapping to disrupt the snap count in last Saturday's game in East Lansing.

"That's something I'll talk to the league office about," Pelini said.

Check out Mark Dantonio's response below.

Dantonio, on Pelini clapping claims, says MSU does it to shift D-linemen. "We have the opportunity to move our people any way we want.'

Dantonio suggests Nebraska center ought to look at the QB when snapping the ball.

What does the NCAA rulebook say on pre-snap defensive regulations? Rule 7, Section 1, Article 5, Subpart A states:

"No player shall use words or signals that disconcert opponents when they are preparing to put the ball in play. No player may call defensive signals that simulate the sound or cadence of (or otherwise interfere with) offensive starting signals. An official shall sound his whistle immediately."

Freep.com sent a request for clarification to Bill Carollo, the Big Ten's coordinator of officials, and Big Ten spokesman Scott Chipman answered by noting that clapping is not specifically part of it.

"In general," Chipman said, "if a player is using words or signals to disconcert an opponent, there would be a warning and then a penalty if it continued."

OK, let's get back to Saturday night. Michigan State won, 27-22, but penalties incurred because of supposed illegal clapping were the least of Nebraska?s issues in the game. First, the Huskers fell behind 27-3 in the fourth quarter before a late rally fell short. An ineffective offense also was an issue for the Huskers, who ran for just 47 yards with star Ameer Abdullah running 24 times for 45 yards.

I just am not sure what good it does for Pelini to bring something like this up in public. You wonder if Pelini would have mentioned this if Nebraska had won the game.