What did Tom Dienhart learn about Big Ten in Week 6? Here's what! 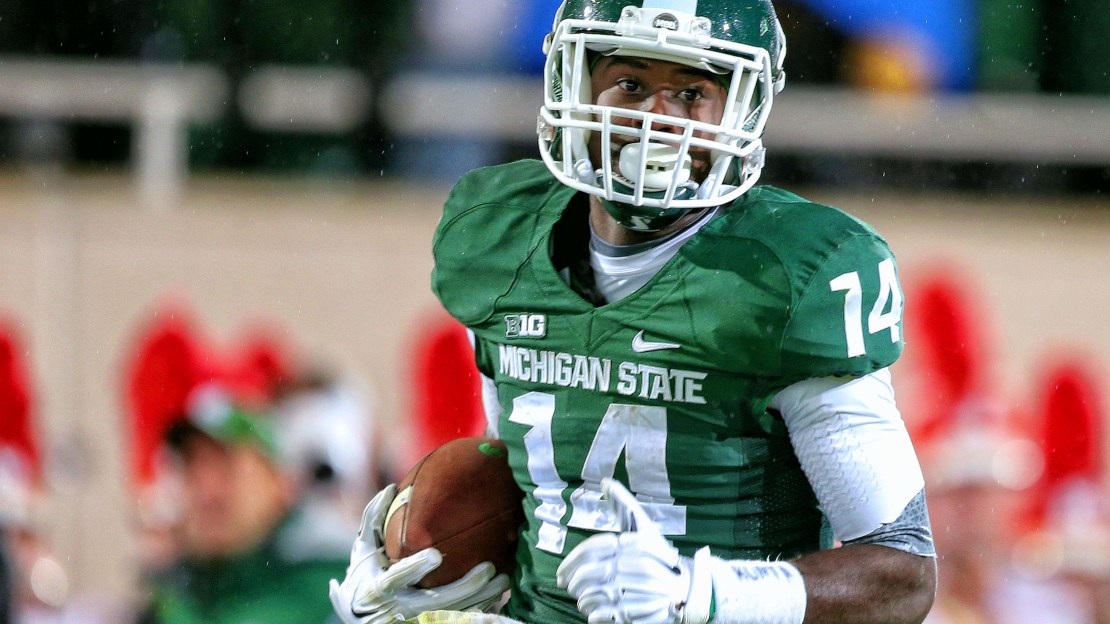 Deep breath, America. … It was ?upset Saturday? across the nation, with myriad top teams falling-Arizona beat Oregon; Ole Miss topped Alabama; TCU dropped Oklahoma; Mississippi State tipped Texas A&M; Utah stunned UCLA. And on it went. In the end, five of the top eight AP teams lost, a first in college football?s glorious annals. The Big Ten got in on the zaniness with Northwestern topping No. 17 Wisconsin.

Another deep breath ? Here?s what I learned in Week 6.

1. If there was any doubt in your mind as to who is the best team in the Big Ten, Michigan State surely cleared those up for you with its 27-22 win vs. Nebraska. Yes, the Huskers made a late run. But, it was too little, too late. This was a battle between the two best offenses in the Big Ten. But, in the end, it was the defense of the Spartans that was the difference in this showdown. I still think Nebraska is the best team in the West, so these teams could meet again in the Big Ten title game. It?s gonna take a lot to knock MSU from its perch, though. FYI: Ohio State visits East Lansing on Nov. 8.

2. The Big Ten?s hopes for the playoff remain alive. The tumult of Saturday that saw five of the AP?s top eight teams lose means there are many of moving parts in the playoff puzzle with lots of time to play. One-loss Michigan State is very much alive after its win vs. unbeaten Nebraska. And the Huskers also still can cling to hope despite suffering its initial defeat of the season. Bottom line: Pay no heed to those playoff doomsayers who say the Big Ten?s hopes are DOA.

3. Ameer Abdullah?s Heisman hopes may have died on a cold, rainy East Lansing night. The senior carried 24 times for 45 yards. He had rushed for over 200 yards in each of the previous two games and arrived in Spartan Stadium as the nation?s top rusher with 833 yards. But the vaunted Spartan Dawg defense hogtied Abdullah. He still could be a Heisman candidate, but he now has lots work to do and is a longer shot.

4. Ohio State made a case that it will be a factor with another dominating victory. The Buckeyes offense is coming on under redshirt freshman J.T. Barrett, who continues to gain confidence. Not only is he making plays with his arm and feet, but he?s not turning over the ball. Barrett completed 18-of-23 passes for 267 yards with four TDs and no picks, and ran for 71 yards and a score in a crushing victory at Maryland. I can?t wait for OSU?s visit to Michigan State in November.

5. Wisconsin may be in trouble because of a wobbly quarterback situation. The position was a worry when 2014 dawned, but a powerful rushing attack frequently glossed over the spotty play under center. Well, the wheels may have officially come off in a 20-14 loss at Northwestern. Tanner McEvoy started but was pulled late in the first half after hitting 4-of-10 passes for 24 yards with a pick. Joel Stave took over and didn?t do much better, completing 8-of-19 passes for 114 yards with a TD and three interceptions. This inconsistent quarterback play could threaten what looked like a promising season. Can this team win the West?

6. Purdue has to be pleased with the play of QB Austin Appleby. The sophomore made his first career start and led the Boilers to their first Big Ten win since 2012, ending a nine-game conference slide. Yes, it was just Illinois, but Appleby hit 15-of-20 passes for 202 yards and a TD and added 76 yards rushing in place of Danny Etling. Appleby showed accuracy, an ability to throw on the run and athletic skills. Perhaps best of all, Appleby had no turnovers.

8. Maryland?s status as a ?sleeper? has been put to rest after a 52-24 annihilation at home to Ohio State. Offense, defense, you name it, the Terps struggled with it. No shame in losing to this Buckeyes? squad. Still, in the end, I think Maryland could be the third-best team in the Big Ten East behind Michigan State and OSU.

9. Don?t sleep on Northwestern. The Wildcats have ripped off three wins in a row after an 0-2 start. During this revival, NU?s defense has been stellar, allowing 27 total points (three TDs). It also looks like the Wildcats may have a found a tailback in Justin Jackson to give the offense production in the rushing game it had been lacking without Venric Mark and Kain Colter. Jackson ran for 162 yards vs. Wisconsin.

10. Rutgers? magical season continues. The Scarlet Knights are 5-1. And that one loss was a late-minute 13-10 defeat to Penn State. This team has a nice front seven on defense. And the offense is gaining confidence as quarterback Gary Nova continues to play well since that infamous five-interception effort vs. Penn State. Since that PSU loss, Nova has completed 47-of-74 passes for 846 yards with seven touchdowns and just one interception. Now comes the heavy lifting for RU. How will it fare finishing at Ohio State, at Nebraska, vs. Wisconsin, vs. Indiana, at Michigan State, at Maryland? Could the Scarlet Knights finish with seven or eight victories? Maybe.