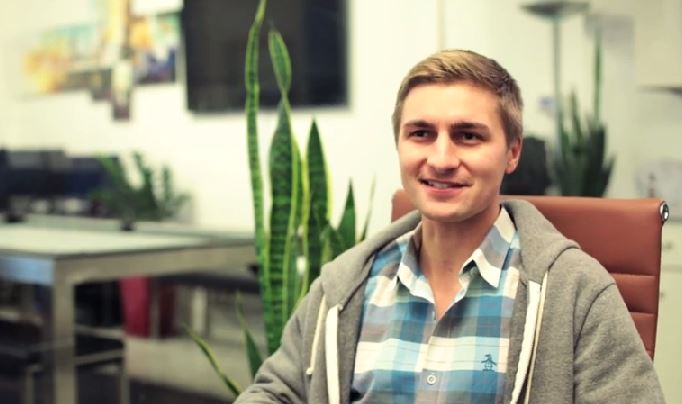 Business partners and University of Iowa alums Roby Miller and Ravi Patel want to change your mind about start-ups in the Midwest. Welcome to ?Silicon Prairie.?

Miller and Patel - both graduates of Iowa?s Henry B. Tippie College of Business - are co-founders of Built by Iowa, along with Adam Ingersoll. It?s an early-stage fund that helps entrepreneurs bridge the financial gap between securing angel investors and starting Series A financing.

Interestingly, Miller and Patel didn?t actually meet until after they both graduated from business school. ?Some mutual friends thought it would be good for us to know each other,? Patel said. ?As soon as we met, it was just one of those things where we connected on a lot of different levels.?

?The entrepreneur network in Iowa is not the biggest, so you're going to find people who are like-minded pretty quickly,? Miller added.

Miller was born and raised in Iowa. Patel moved there as a young child. After graduation from college, they each traveled and lived in different cities, but ultimately chose to make Iowa home.

?I could have moved to the East or West Coast like a lot of my friends did, but I quickly realized that if you are young and ambitious, Iowa has an immense amount of opportunity for you,? Patel said.

After living in both San Diego and Portland, Ore., Miller said of his home state, ?There are a lot of people who just want to help. They want to further entrepreneurship, but I think they?d want to do that with any industry.?

A passion for working with start-ups and a desire to spur the local entrepreneurship ecosystem are what planted the seeds for Built by Iowa. In 2012, Miller was seeking funding for his company, TelePharm, and was coming up short.

Built by Iowa now provides funding, mentorship, a robust professional network, entrepreneurial guidance, marketing expertise and product development to a dozen companies. Although diverse, these businesses have a common thread running through them: They all seek to solve a real problem.

?Some start-ups come up with a better way to take a selfie,? Miller said with a laugh. ?But Higher Learning Technologies, for example, found that there wasn?t a good way to study for board exams, so they created an app that solved that specific problem. I think it?s part of that Midwest mentality: If there?s not a solution good enough, we?ll do it ourselves.?

In August, Built by Iowa received the 2014 Silicon Prairie News Investor of the Year award.

?At first I didn?t understand why we won that award,? Patel said. ?We?re a bunch of millennials.?

But the selection committee explained that although there were others that provided companies with more funding, Built by Iowa?s success set it apart: Its entire portfolio of companies has continued to grow.

?There?s not one that?s failed,? Patel said. ?And typically, in the start-up world, something like nine out of 10 fail. All 12 of our companies have gone on to the next round of funding or are anticipating doing so.?

That success notwithstanding, Built by Iowa?s goals have never been driven by money, Patel said.

?We want to do good things here,? he explained. ?While we never said, ?Hey, we?re only going to invest in companies that are doing social good,? when you look at our portfolio, every company has some kind of positive mission to enhance their sector. I think we?re drawn to each other. We?re excited that we can aid in the success of all these other companies.?

?We really believe that entrepreneurship is the innovation engine for America,? Miller added.