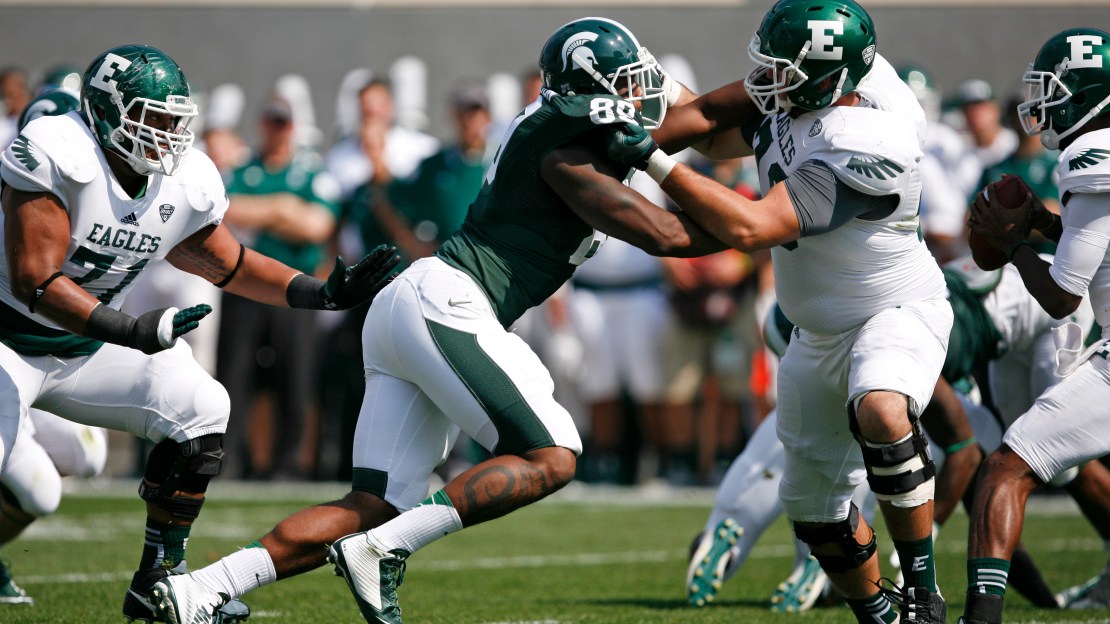 The first month of the 2014 college football season is in the books, which means that NFL Draft experts are already preparing their 2015 draft boards. Where do the top Big Ten stars land on these boards?

Todd McShay recently released his updated 2015 draft board, where he ranks his top 32 prospects for the 2015 NFL Draft. Six Big Ten players land on the list, headlined by Nebraska DE Randy Gregory, who is listed at No. 3 overall.

"He is very lean, and whether he's able to add weight could be a factor going forward, as he's just average against the run because he can get pushed too far outside and gives ground at times. But he has good range to make plays in pursuit, and he has the above-average lateral quickness and closing speed, combined with his effective rip and swim moves, length and finishing ability, to get to the quarterback as a pass-rusher."

Following Gregory is Iowa's Brandon Scherff, who comes in at No. 9 on McShay's list.

"His lack of ideal length puts into question whether he can become an NFL offensive tackle, but I think he still has a shot to become one, and at worst he has what it takes to be an excellent guard at the next level," McShay says of Scherff. "He's good in pass protection, is an elite run-blocker and is a powerful, nasty finisher."

Rounding out the board is Wisconsin running back Melvin Gordon (No. 18), Michigan wide receiver/tight end Devin Funchess (No. 20), Ohio State defensive tackle Michael Bennett (No. 22), and Michigan State defensive end Shilique Calhoun (No. 28).

My take: I know Ameer Abdullah is considered to be slightly undersized for his position, but I am surprised he was left off this list, especially given what an outstanding season the Huskers' senior running back is having. I am also surprised to see Michigan State cornerback Trae Waynes left off the list. This guy looks like one of the top defensive back prospects in the nation. Wayne's teammate, Shilique Calhoun, is a guy who has gotten off to a bit of a slow start, for his standards. I expect him to move his way up this list once Big Ten play gets underway.  It is nice to see Melvin Gordon make his way onto this list, especially with the lack of running backs being selected early on in recent drafts.