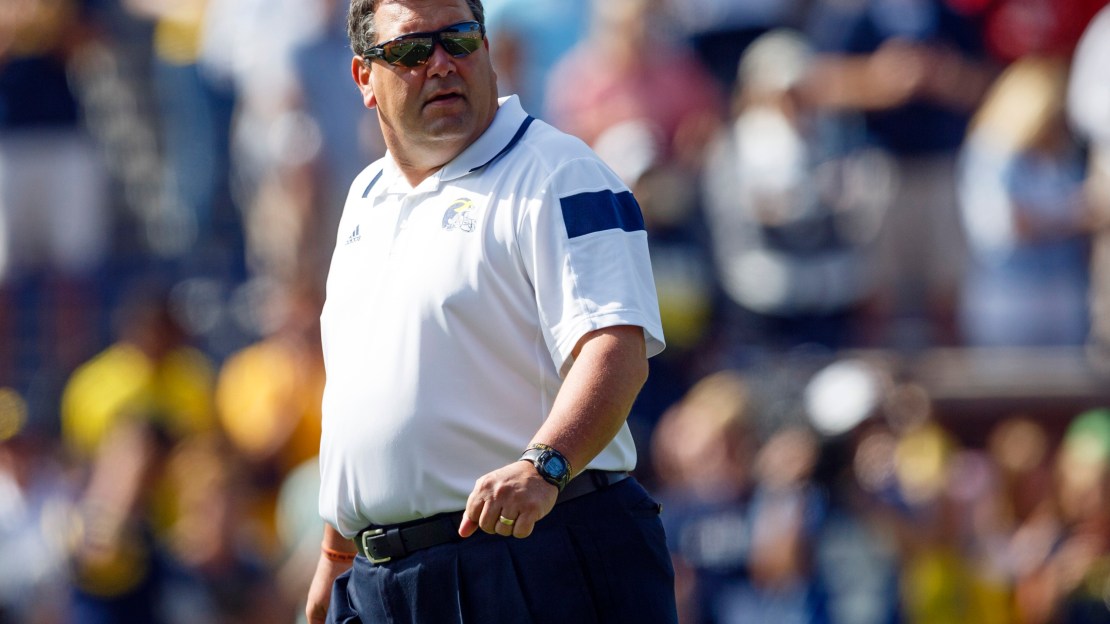 On Thursday's edition of BTN Live, Dave Revsine, Howard Griffith and Chuck Long discussed the latest updates on the University of Michigan football program and their handling of sophomore quarterback Shane Morris' injury.

Earlier today, Michigan athletic director Dave Brandon spoke to several media outlets, saying he prefers to wait until the end of the season before evaluating his coaches, suggesting Brady Hoke is safe for now as the head coach at Michigan. He said that Michigan's athletic department feels strongly that coaches deserve "every opportunity" to compete through the season, and that all 31 of the school's coaches are then evaluated – with football being no different.

Of course, Hoke and Brandon have both received criticism for how they handled the injury to Michigan quarterback Shane Morris in last week's 30-14 loss to Minnesota.

Brandon addressed the injury to Morris in an interview with Mark Snyder of the Detroit Free Press:

"I don't think Brady deserves any blame for what happened on the sidelines, because Brady is responsible for coaching. Our medical staff, which incorporates all of our trainers, our physicians — it's a rather large complement of people down there — their job is to notify the coaches if a situation occurs where either somebody needs to come off the field or somebody cannot go back on the field."

Brandon also announced on Thursday that Michigan will have a certified athletic trainer positioned in the press box to better spot possible injuries. He said the football program would add two-way radio communications to the traditional system of using hand signals for communicating player injuries.

This new approach is designed to provide immediate and clear communication between the certified athletic training staff and the coaching staff. Among the new guidelines are these:

Brandon said the new measures were developed by Darryl Conway, associate athletic director for student-athlete health and welfare, in collaboration with the team?s certified athletic training staff and team physicians from the U-M Health System.

?We place the utmost importance on the safety and welfare of our student-athletes,? Conway said. ?Our system failed quarterback Shane Morris last week. We never want that to happen again for a student-athlete. We are confident in the new measures.?