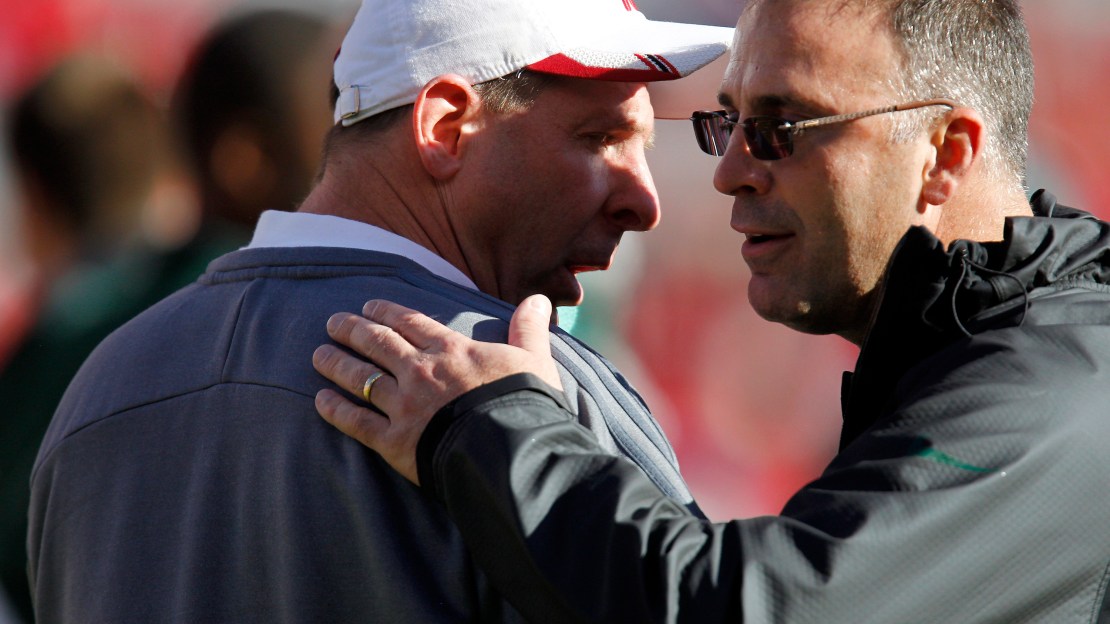 Whoever does prevail likely will need to run the table the rest of the way for a shot at a playoff spot.

?If there is an undefeated Big Ten team, it?s in the playoff,? CBSSports.com?s Jerry Palm said. ?They won?t leave out a major conference team that is unbeaten.?

That bodes well for Nebraska, which at 5-0 is the lone Big Ten unbeaten team. But what about Michigan State, which has that one loss at Oregon (46-27)?

?Michigan State?s hopes are largely tied to Oregon,? said Palm. ?If Oregon is in the playoff, then 12-1 Michigan State has a chance. If Oregon falls off and doesn?t make the playoffs, it hurts Michigan State but it doesn?t necessarily mean they won?t make it with a 12-1 record. It just hurts them.?

Of course, so much will depend on what happens in other leagues. Will there be any unbeaten teams in the SEC? Pac-12? Big 12? ACC? Regardless, the winner of Nebraska at Michigan State can?t worry about that.

"We take care of the football, offense rolls," Cornhuskers quarterback Tommy Armstrong said about the 8 p.m. showdown at No. 10 Michigan State (3-1).

The Spartans will be ready.

If Michigan State loses, its hopes for a playoff spot probably are finished.

?Yes, it?s probably out,? Palm said. ?A two-loss Big Ten team won?t make it. The league isn?t strong enough for a two-loss team to make it.?

But Nebraska may be able to withstand a loss on Saturday and still earn a playoff spot.