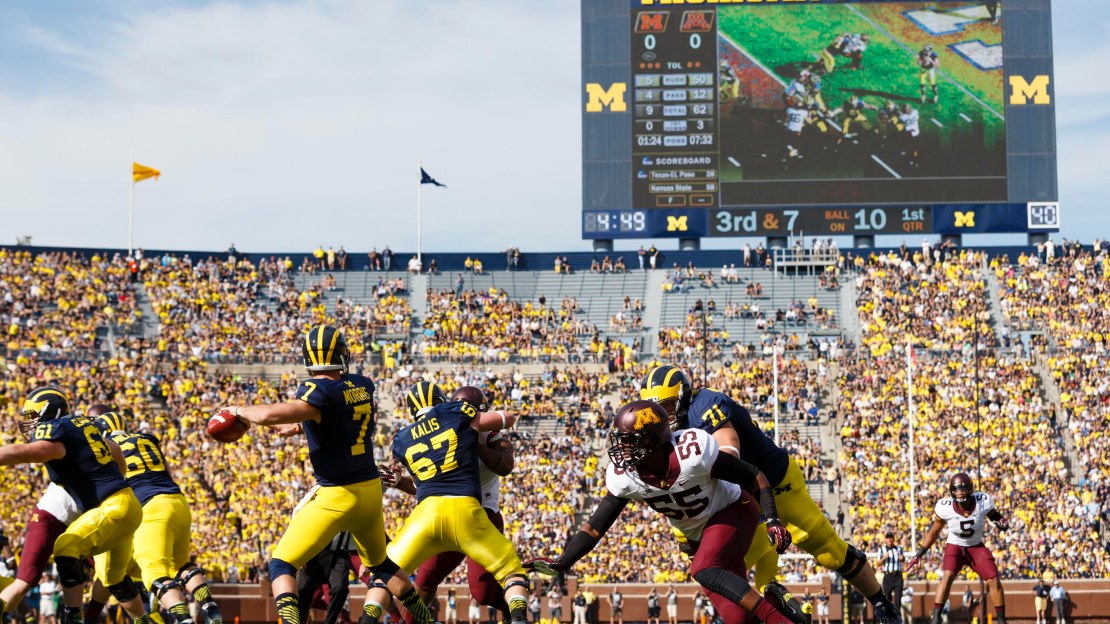 Things are going from bad to worse at Michigan.

Embattled coach Brady Hoke has his hands full dealing with a team that?s struggling mightily on the field. Now, Hoke and Michigan must manage the fallout from the botched handling of an injury to quarterback Shane Morris in last Saturday?s game vs. Minnesota.

"In my judgment, there was a serious lack of communication that led to confusion on the sideline," Michigan athletic director Dave Brandon said in a statement released early Tuesday morning. "Unfortunately, this confusion created a circumstance that was not in the best interest of one of our student-athletes. I sincerely apologize for the mistakes that were made. We have to learn from this situation, and moving forward, we will make important changes so we can fully live up to our shared goal of putting student-athlete safety first."

To that point, Michigan has announced changes to its medical policy to prevent a similar situation from occurring in the future. The first is that a medical professional will be present in a press box or video booth to communicate with medical personnel on the field, the second is that the school will look into its sideline communication procedures.

Here is how Brandon's statement recounts the incident:

?Shane came off the field after the following play and was reassessed by the head athletic trainer for the ankle injury. Since the athletic trainer had not seen the hit to the chin and was not aware that a neurological evaluation was necessary, he cleared Shane for one additional play.

?The neurologist and other team physicians were not aware that Shane was being asked to return to the field, and Shane left the bench when he heard his name called and went back into the game. Under these circumstances, a player should not be allowed to re-enter the game before being cleared by the team physician. This clearly identifies the need for improvements in our sideline and communication processes.?

America watched it unfold on national TV during Michigan?s 30-14 loss to Minnesota. Late in the game, Morris took a hard hit to the upper body and was wobbled, needing assistance from teammates to right himself. He appeared to have his bell rung but subsequently was allowed to return to the game.

Against this backdrop, Michigan is preparing for a big game at Rutgers on Saturday vs. a 4-1 Scarlet Knights team that is playing well. The Wolverines are on their heels, sporting a 2-3 mark. It?s the first time in school history Michigan has three losses before October.

I just want to play football.