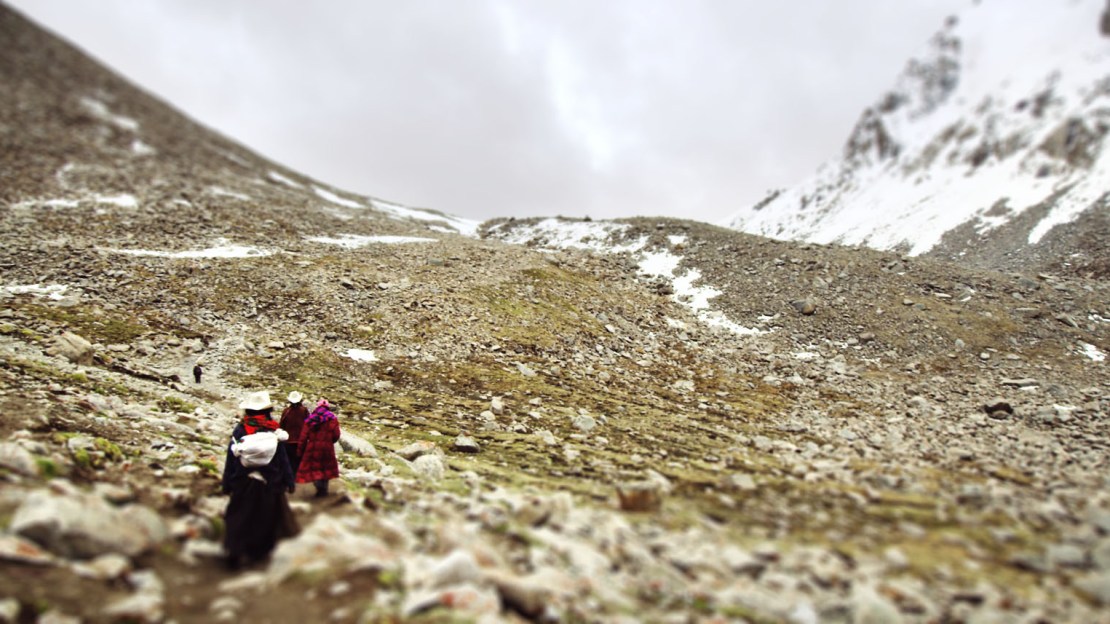 When Indiana University Associate Professor Jawshing Arthur Liou received an e-mail ?out of the blue? from the director of the Crystal Bridges Museum of American Art, he had no idea it would lead to the biggest exhibition of his career.

?I consider this an amazing honor and opportunity,? he said, ?and I cherish it.?

More than 100 artists from across the country were chosen for the ambitious show, titled ?State of the Art: Discovering American Art Now.? The curatorial process was highly selective, but it brought in a wide range of participants, from emerging artists to established figures in the art world. The exhibit opened Sept. 13 at the Crystal Bridges Museum of American Art in Bentonville, Ark.

The piece chosen for the Crystal Bridges exhibit is titled ?Kora,? which takes its name from the Tibetan Buddhist ritual of meditation and contemplation through walking around in a circle. The work itself is a collection of video recordings that slowly move in an almost dreamlike fashion across various landscapes throughout the Himalayas at elevations between 15,000 and 18,000 feet. Crystal Bridges Museum President Don Bacigalupi called ?Kora? a masterwork and described it as ?a profoundly moving spiritual quest to find beauty, consolation and fulfillment.???

Liou spent a month in Tibet filming ?Kora.? The epic adventure took a crew of eight people and six yaks to transport supplies and equipment. The expedition was supported by a series of grants from Indiana University, including the IU New Frontiers Grant.

For Liou, this is only the latest step in his long journey as an artist and an educator, which began in his native Taiwan. Originally planning a career in journalism, he graduated from the National Chengchi University. His growing interest in the visual arts led him to the University of Florida, where he earned a Master of Fine Arts degree in photography and electronic intermedia.

Today, Liou?s primary medium is digital art. His videos and prints have been exhibited in collections all over the world, including the Tokyo Metropolitan Museum of Photography, the National Taiwan Museum of Fine Arts and the Museum of Contemporary Photography in Chicago. His works, many of which have an almost surreal quality to them, are haunting and beautiful.

When he?s not working on his next masterpiece, Liou spends much of his time teaching students and serving as director of the Henry Radford Hope School of Fine Arts at IU, where he?s been a faculty member since 1999. He said he was lucky to find a position at such a prestigious college so soon out of graduate school.

?I was very fortunate,? he said. ?My vision and my teaching skills were very raw. English was a second language. I was a rookie, and very naïve and undeveloped.?

Today, he?s a well-known artist and a respected educator. Still, he said his journey is far from complete. Beyond expanding his artistic horizons, he?s about to assume the chair of the IU?s studio art department.

?I?m still growing and evolving as an artist,? Liou said. ?The mentoring, resources and support of my colleagues has been very important. It?s been very exciting. I learn something new every day.?