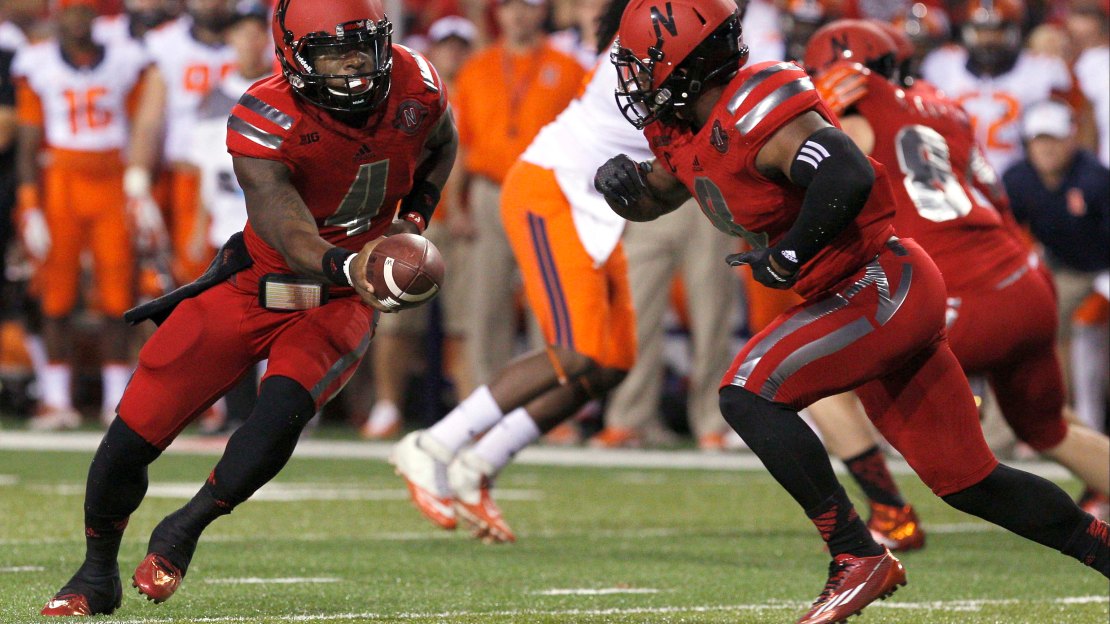 It was a great weekend of Big Ten Football, highlighted by five conference matchups.  There were plenty of outstanding individual performances on the day as well, many of which came on offense.

1. Ameer Abdullah, RB, Nebraska. The Huskers' talented senior running back had another outstanding game on Saturday. Abdullah carried for a game-high 208 yards and three touchdowns in Nebraska's 45-14 win over Illinois. Abdullah has now topped the 200-yard rushing mark in three of the Huskers' five games this season. That's impressive.

2. J.T. Barrett, QB, Ohio State. Barrett had an outstanding performance in the Buckeyes' impressive 50-28 win over Cincinnati. The talented redshirt freshman completed 26-of-36 passes for 330 yards and four touchdowns, while also adding 79 yards on the ground in the victory. It was the first time Ohio State had topped 700 yards in offense since totaling 715 against Utah on Aug. 27, 1986.

3. Melvin Gordon, RB, Wisconsin. The Badgers' star running back had another breakout game on Saturday. Gordon carried the ball 32 times for 181 yards and two touchdowns in the Badgers' 27-10 win over South Florida. It looks like Gordon has now put his name back into Heisman consideration with back-to-back breakout games.

4. Ezekiel Elliott, RB, Ohio State. Elliott had his best game of the season on Saturday in the Buckeyes' 50-28 victory over Cincinnati. The Buckeyes' running back rushed for a career-high 182 yards and a touchdown, while also adding five catches for 51 yards. This guy continues to get better as the season progresses.

5. David Cobb, RB, Minnesota. Cobb continues to make his case for being one of the top backs in the nation. The Gophers' senior standout carried the ball 32 times for 183 yards in a memorable 30-14 win over Michigan. Cobb also added three catches for 51 yards, giving him back-to-back games with over 200 yards of total offense.

6. Leonte Carroo, WR, Rutgers. Carroo has established himself as one of the best receivers in the conference. The talented wideout was outstanding again on Saturday, hauling in seven catches for 140 yards and three touchdowns in a 31-6 win over Tulane. Carroo has already totaled 25 catches for 475 yards in five games this season. That's outstanding.

7. Gary Nova, QB, Rutgers. Rutgers' senior quarterback was phenomenal in the Scarlet Knights' 31-6 victory over Tulane. Nova completed 14-of-21 passes for 291 yards and four touchdowns in the win. With his third scoring pass of the afternoon, Nova became Rutgers' all-time leader in touchdown throws with 60 in his career. What a talent.

8. Jeremy Langford, RB, Michigan State. One of the biggest questions heading into Michigan State's matchup with Wyoming was whether or not Jeremy Langford could top the 100-yard rushing mark for the first time this season? Langford did just that on Saturday in a commanding 56-14 win over Wyoming. The Spartans' senior back carried the ball 16 times for 137 yards and a touchdown in the win.

9. Tevin Coleman, RB, Indiana. How good has this guy been this season? Coleman carried the ball 22 times for 122 yards, which was his lowest rushing total this year. The Hoosiers' sophomore back also added a touchdown on the ground, his seventh of the season. Through four games, Coleman has now totaled 691 yards and is averaging 172.8 rushing yards per game, which leads the Big Ten.

10. Stefon Diggs, WR, Maryland. Diggs was outstanding in Maryland's 37-15 victory over Indiana. The Terps' junior WR hauled in six catches for a game-high 112 yards and a touchdown in the win. Diggs has now caught five-or-more passes in every game this season. This guy is a superstar.