Illini QB O'Toole to replace Lunt as starter vs. Nebraska 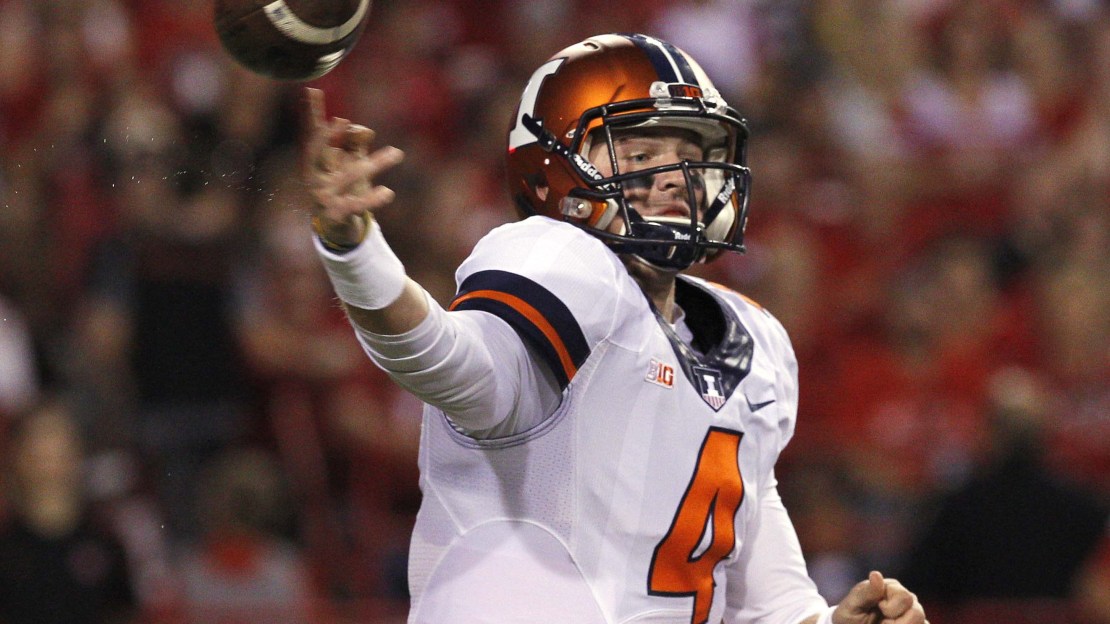 The word came down officially before kickoff but Illinois will start quarterback Reilly O'Toole over Wes Lunt in tonight's game against No. 21 Nebraska in Lincoln, Nebraska.

Lunt is the 6-foot-5, 225-pound sophomore transfer from Oklahoma State is throwing for 309 yards per game to rank second in the Big Ten and 14th nationally. He's completed 66 percent of his attempts, and his 11 touchdown passes are most in the conference. Lunt was named the Big Ten's offensive player of the week on Sept. 8.

O'Toole has played in 24 career games throwing for 1,024 yards while completing 69 percent of his passes. He has thrown eight touchdowns and  nine picks.

Last week Nebraska (4-0) hammered Miami for 343 yards rushing in a 41-31 victory with Ameer Abdullah running for 229 yards on a career-high 35 carries and accounting for three touchdowns.

BTN2Go is a digital extension of BTN that delivers live and on-demand programming to existing BTN subscribers via the web, mobile phone and tablet. It's available for free to subscribers of participating TV providers.