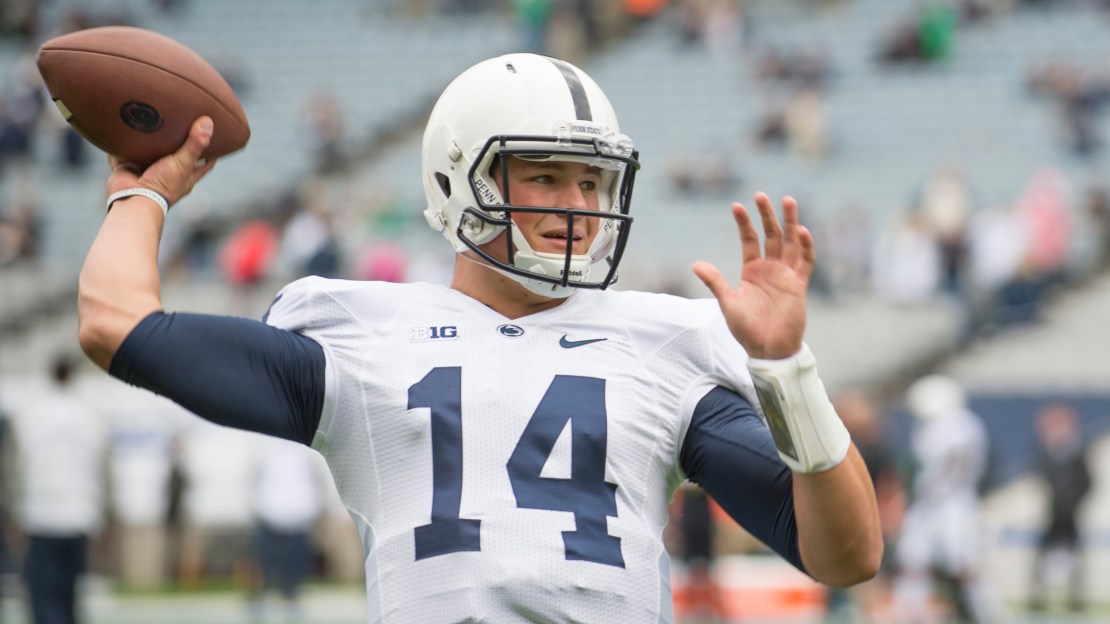 What am I buying and selling this week? The Big Ten MVP ? coach of the year ? top one-loss team and more are on the block. Check it out.

Buy. Yes, Nebraska?s Ameer Abdullah has been very good. Ditto Wisconsin?s Melvin Gordon, the Huskers? Tommy Armstrong and Indiana?s Tevin Coleman, among others. But Hackenberg is my MVP choice through the first four weeks of the season. Yes, he has just four touchdown passes and five interceptions. But the sophomore leads the Big Ten with 1,261 yards passing in an offense that has had to ride his golden right arm because the ground game has gotten little traction. Most important of all: The Nittany Lions are 4-0. And there?s no way Penn State would be unbeaten without Hackenberg, who rallied the Nittany Lions to victories vs. UCF and Rutgers.

Iowa is the best team in the Big Ten West.

Sell. Yes, the Hawkeyes seemingly turned a corner last week by rallying for a 24-20 victory at Pitt. But the Hawkeyes need to show the same offensive consistency on display in the second half vs. the Panthers week in and week out. If so, I think Iowa can win the West.

Michigan is a bowl team.

Buy. I still think the 2-2 Wolverines will get things sorted out. And, it begins this weekend with a visit from Minnesota for the iconic Little Brown Jug. I still see six winnable games on the schedule for Michigan: Minnesota, at Rutgers, Penn State, Indiana, Maryland. That would put the Wolverines at 8-4-maybe 7-5, certainly no worse than 6-6. But, if the Wolverines fall at home to the Golden Gophers on Saturday, Michigan could continue a downward spiral which may be difficult to crawl out of. That?s how big this game vs. Minnesota is for Brady Hoke and Co.

Wisconsin is the best one-loss team in the Big Ten.

Sell. I think the Badgers are good. In fact, they may be really good and go on to win the Big Ten West if Tanner McEvoy continues to evolve under center and the defense develops along the front seven. Iowa also looks to be coming on. Same goes for Ohio State. But this honor has to go to Michigan State. The Spartans? lone loss came at Oregon a few weeks ago. And this is a Ducks? squad that may be the best in the nation. MSU will only continue to improve. In fact, this Spartans? team may be better than last year?s 13-1 club.

Sell. I think the Boilermakers are on more of an upward trajectory than the Wildcats and will win more Big Ten games. Purdue won?t win a lot-maybe just one or two. But, I still think it will be more than the Wildcats, who seem to have more issues to sort through than Purdue-especially on offense. And what?s the mindset and like among players? Is this a fractured team because of the union issue?

Rutgers? Kyle Flood is the early leader for Coach of the Year honors.

Buy. Penn State?s James Franklin and Nebraska?s Bo Pelini also merit mention. But Flood is my leader for now. The guy has done a remarkable job, guiding the Scarlet Knights to a 3-1 mark to open the season. And Rutgers very easily could be 4-0, losing at home to Penn State in the final moments of a 13-10 game a few weeks ago. The Scarlet Knights should move to 4-1 this weekend with Tulane coming to New Brunswick. Then comes a huge visit from Michigan in a game that looks winnable. RU will need all the wins it can get heading into the final six games: at Ohio State; at Nebraska; Wisconsin; Indiana; at Michigan State; at Maryland. Getting to 6-6 or 7-5 would be a heck of a feat for Flood during Rutgers? maiden Big Ten voyage.