BTN LiveBIG: Buckeyes take out the trash at The Horseshoe 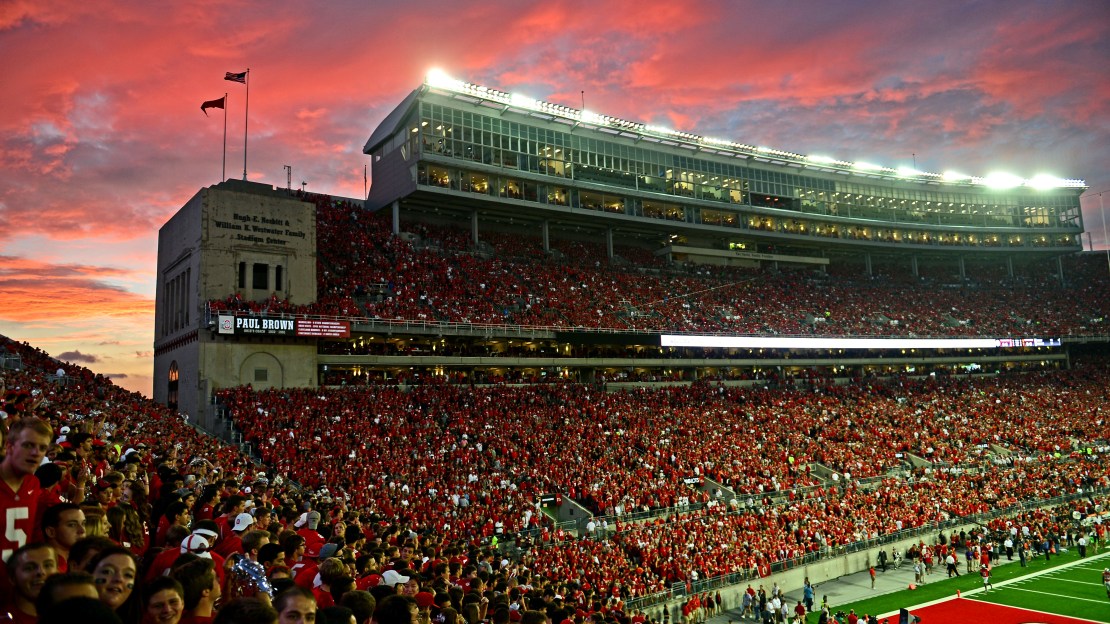 At The Ohio State University, they call it a good start. That?s how much trash the institution has disposed of through its zero-waste program at Ohio Stadium.

?Zero-waste? is defined as having diverted 90 percent of all discarded material from landfills. The university does this by working with vendors to make sure all food packaging and utensils are recyclable, said Jay Kasey, senior vice president of administration and planning at OSU.

Additionally, OSU hires area high school students to stand throughout the stadium on game days and help fans separate their waste according to whether it can be composted or recycled. After the games are over and all the spectators are gone, those same high schoolers pick up trash left in the stands and sort it accordingly. Then the waste is either trucked out to a compostable materials farm or sent to various locations for recycling, Kasey said.

?As in everything at Ohio State, it?s a team effort,? he added.

Up to this point, Ohio State?s zero-waste initiative has been mostly limited to The Horseshoe. But there are plans to expand the initiative to Value City Arena at the Jerome Schottenstein Center in Columbus, Kasey said. That venue, which seats close to 19,000 people, is the site of the Buckeyes? men?s and women?s basketball and men?s ice hockey games. It also hosts concerts and national sporting events like the Frozen Four and NCAA basketball tournament.

Eventually, Kasey wants to see OSU become a zero-waste campus, but that goal is more than a decade away, he adds. ?The big problem is how we get only materials on campus that are recyclable or compostable,? he said.

Beyond waste management, Ohio State has a number of earth-friendly systems in place now, ranging from nearby wind farms to solar panels on the roof of one of the university?s recreational facilities - arranged in a block ?O,? Kasey pointed out. This not only helps the environment, but sets an example for students to follow.

?Our president [Dr. Michael Drake] has a goal of driving the university toward a sustainable future,? he said. ?Anytime you do this type of work, part of it involves building a culture in which people want to do it. We?re trying to help our students understand that the world is changing and encouraging them to help drive those changes.?