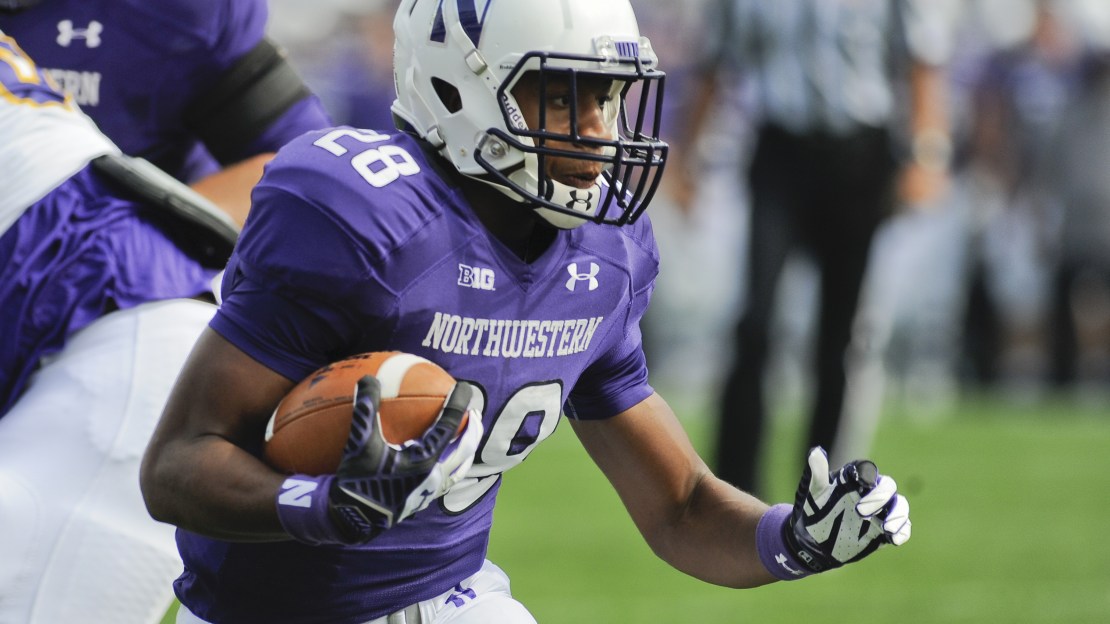 Big game for Michigan this Saturday in the battle for the Little Brown Jug vs. Minnesota. How will the Wolverines respond coming off a bad home loss to Utah? Nick Baumgardner of Mlive.com has five things to watch regardless of who plays quarterback-Devin Gardner or Shane Morris. (I will be surprised if Gardner is not under center).

I will be watching the o-line, which took a big step back last week by yielding eight TFLs and four sacks. Is this unit improving? Talk amongst yourselves.

If you?ve seen Northwestern this season, you know the Wildcats struggle on offense. How bad is it? NU is 119th in the nation in total offense.

Lots of good info in this piece for an attack that must get in gear. NU must continue to get good production from its tailback spot like it did last week since it isn?t getting it from the QB spot. And that line ? well, it needs to block better. How will NU move the ball vs. a rugged Penn State defense that is No. 1 in the nation vs. the run?

Lots to like about this Rutgers team, especially the d-line. When I saw this group in camp, I was impressed. And the unit also looked good when I saw the Scarlet Knights battle Penn State a few weeks ago. The leader: Darius Hamilton, who has come a long way since his first RU game in 2012.

Of Hamilton's 11 tackles this season, five have been behind the line of scrimmage, including 2.5 sacks and a forced fumble through four games. The guy is a future pro, like his dad, Keith.

"I'm very pleased, very pleased," Rutgers coach Kyle Flood said.? I would tell you the most important thing he does for us is the leadership that he provides. He's a tremendous football player, he makes a lot of plays, him and Kenny (Kirksey) were a big reason why we were able to play the run the way we did last Saturday. But the leadership and the energy he brings every day is infectious and it helps our entire football team, not just the defense."

Michigan State has become a cradle of quarterbacks recently. One of the ex-Spartans in the NFL is Nick Foles, but he transferred to Arizona. Still, Mark Dantonio considers Foles a ?Spartan.?

?It was sort of unique we had Brian Hoyer, Nick Foles and Kirk Cousins all in the same room as quarterbacks being coached by Dave Warner back in 2007,?? Dantonio said. ?Nick was a big, strong-armed guy who was very successful in high school. (He was) about 6-foot-5 and 220 pounds, even at that time, had a great arm, live arm.?

Speaking of Dantonio and the Spartans, the coach had something interesting to say about the inaugural playoff during Tuesday's weekly teleconference. Here's it is: "My vision is that you should be the champion of your league before you can be the champion of the country."

One of the matchups I look forward to is watching the Ohio State pass defense battle the Cincinnati passing attack led by QB Gunner Kiel. This will be a nice test for a rebuilt OSU secondary that has looked good so far. But this will be the best barometer yet.

"This is the test," Ohio State coach Urban Meyer said Monday. "This is the one that we're all shooting for."

The Bearcats will throw the ball out of a pro-style look and a spread look, and Tommy Tuberville said Kiel is stronger and a better runner than you may think. The receivers offer multiple options for Kiel. It?s situations and matchups like this why Chris Ash was hired as co-defensive coordinator.

Nice feature here on Wisconsin safety Michael Caputo. The guy is having a big season and is way too underrated.

Through three games, Caputo leads Wisconsin in tackles with 21. Caputo also has an interception, a fumble recovery, two pass breakups and three passes defended. He just does it all-a silent assassin, if you will.

Winning at No. 19 Missouri was great, but Indiana wants to keep the good times rolling.

The Hoosiers can do it, but they will need the defense to play better. Yes, IU beat Mizzou. But the Indiana defense allowed over 500 yards. This team still is potentially fatally flawed. This week?s visit from Maryland will be very interesting.

With Christian Hackenberg in tow, Penn State typically always has an edge at quarterback with its opponents.

And, it?s no wonder Hackenberg has carried such a big load of the PSU attack, give the advantage he gives the Nittany Lions each Saturday. He?s my pick for Big Ten MVP.

Hackenberg leads the Big Ten in passing yardage (1,261 yards) and total offense (1,290 yards). He has completed just under 61 percent of his attempts - 91 of 150. That counters the face he has just four TD passes with five picks. And remember: He?s doing this without benefit of much of a ground game.