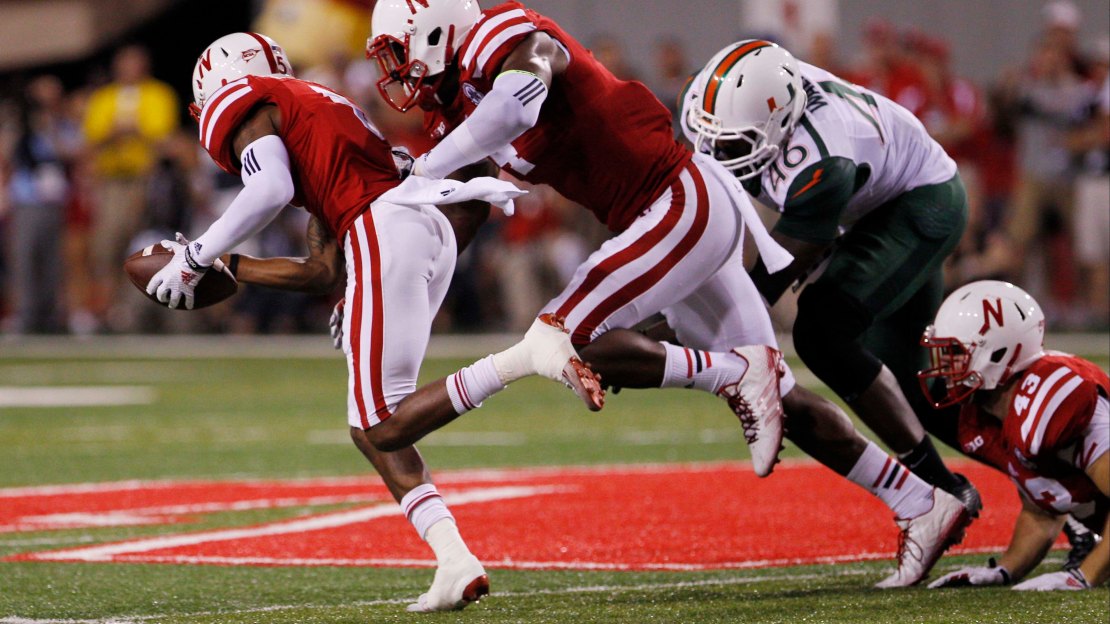 With the season in full gear, the cards and letters are rolling in. The breakout win by Iowa has some of you talking. And the concern continues to boil at Michigan. Let?s get to your letters.

Get our latest Week 5 coverage:

Nebraska seems to have some good momentum going into Week 5. If the Cornhuskers can continue this going into the game at MSU on Oct. 4, how do you think they will do against the Spartans? – Kendall

It should be a terrific game pitting one of the best offenses in the Big Ten (Nebraska) vs. one of the best defenses (Michigan State). At this point, I would lean with the Spartans because of their defense and home field. This also is a motivated MSU team that wants to defend its Big Ten crown and push for a playoff spot. Beating a good Nebraska team would be a nice feather in the Spartans? hat.

Do you think this is a make or break year for Kirk Ferentz? – Howard Williams

First off, no, I don?t think this is a make-or-break season for Ferentz. He has a deal that runs through 2020 that pays him $3.8 mil per season. If he were to be terminated without cause, Ferentz would be entitled to 75 percent of his remaining contract, worth about $21 million. He isn?t going anywhere. Besides, that big win at Pitt last week may revive Iowa after it fell to Iowa State. This looks like a legit contender in the West if the offense can keep playing like it did vs. the Panthers.

Why is it that you very rarely give ANY ink to Minnesota? I hear all I want to hear about OSU, Wisconsin, and Michigan State. How about learning something about Indiana, Illinois, Purdue and Minnesota? They're in the Big Ten, too, ya know! – DRStrom

I think I spread coverage around pretty well. But, the better programs tend to get a bit more coverage because, well, they are better and accomplishing more. But this is an equal time website. If something is worth covering or writing about, we will do it.

If you had a chance to watch the Michigan-Utah game, did it appear to you that many of the Wolverines lacked enthusiasm? They appeared flat, with the exception of a few players. Do you think they are having fun or worried too much about the criticism they have been getting from the fans and media? – Kenneth Gay

It was difficult to tell if enthusiasm was waning, but I have to think spirits aren?t too high, given the struggles of the team. Everyone associated with the program has to be feeling pressure to perform. And that has to be impacting how the players play-and their state of mind.

How good do you think Nebraska will do through its Big Ten conference schedule? – Jacob Grafelman

You have to like the Cornhuskers? chances to do well in conference play. This is the best offense in the Big Ten. And Nebraska is brimming with confidence after jetting out to a 4-0 start. But the Huskers? Big Ten slate is challenging. After opening at home vs. Illinois this week, Nebraska has a huge game at Michigan State. There also are road games at Wisconsin and at Iowa in November. Still, if the Cornhuskers keep playing like they have been, they should have a good shot to win the West.

What do you think about Penn State?s chances to win the East? – Shellie Selner

The Nittany Lions have been a fun early-season story, forging a surprising 4-0 start behind a strong defense and the passing of Christian Hackenberg. But I think the offensive line and lack of a consistent ground game will eventually catch up to Penn State. This ground game ranks 108th in the nation (113.8 ypg), and that won?t cut it when playing teams like Ohio State and Michigan State.

I think Minnesota could be a .500 team if the Golden Gophers don?t get some balance to their offense. Minnesota is last in the Big Ten in passing offense with an average of 99.8 yards. The next worst team is averaging almost 50 more yards (Wisconsin, 150.3 ypg). The poor aerial game is the reason why the Minnesota offense is last in the Big Ten overall (336.0 ypg). Still, the Gophers are 3-1. But the lifting will start to get heavy with Big Ten play about to begin. Unless the passing improves, Minnesota will be hard-pressed to match last season?s eight wins.

You are leaving Rutgers out of your bowl projections? I wouldn't be surprised if the Scarlet Knights beat Michigan on October 4th when the Wolverines visit New Brunswick. You'd have to give them a little more respect at that point if that happens. – Todd

No doubt, I will give Rutgers even more respect if it?s able to beat Michigan. In fact, a win vs. the Wolverines could make the Scarlet Knights 5-1, at which time I would put them in my bowl projections. But some tough games loom after the Michigan visit. Check it out: at Ohio State; at Nebraska; Wisconsin; Indiana; at Michigan State; at Maryland. If RU can get to 6-6 or 7-5 vs. this schedule, it will be very impressive.

Rutgers has a good team. The defense is getting better every week. Do you think the Scarlet Knights have a chance to win the East? – Dewitt Anderson

I have been impressed with Rutgers. The defense is tough along the front seven, but the secondary remains iffy. The offense has a physical ground game that can pound the rock. Not even the loss for the season of RB Paul James to a knee injury should slow down the rushing game. Still, RU doesn?t have enough to win the East. The passing game remains spotty. And the division has some heavyweights in Michigan State and Ohio State.