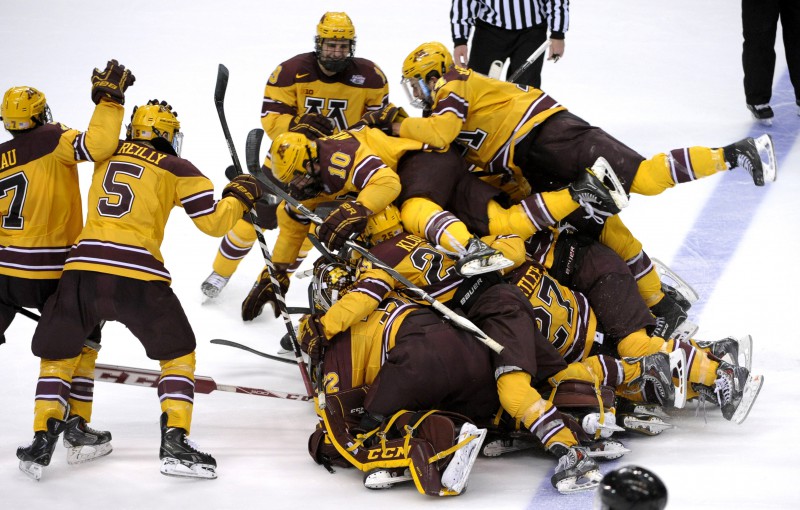 CHICAGO - As the Big Ten enters its second season of conference hockey, BTN will televise 27 games, including the Hockey City Classic at Soldier Field in Chicago, and the entire Big Ten Hockey Tournament, which is set for March 19-21 at Joe Louis Arena in Detroit.

BTN?s first puck drop features Minnesota hosting Bemidji State at 9 PM ET on Friday, Oct. 24. BTN?s hockey coverage, presented by Buffalo Wild Wings, will include eight straight weeks of ?Frozen Friday? matchups beginning Jan. 9, and additional games on Thursdays and Saturdays. Postgame highlights and analysis will be included on The Finale, which airs on Fridays and Saturdays throughout the season.

The Hockey City Classic will pit in-state rivals Michigan and Michigan State on Feb. 7 at Soldier Field, home of the Chicago Bears.

Last year in the inaugural Big Ten hockey season, Minnesota took the Big Ten Regular Season crown, while Wisconsin won the Big Ten Hockey Tournament. Both the Gophers and Badgers received bids to the NCAA Men?s Ice Hockey Tournament. Top-seeded Minnesota advanced to the National Championship game versus Union College, but ultimately fell short. Looking to skate their way back into the title game, the Gophers enter the 2014-15 season widely projected as the top team in the country.

In addition to the 27 games airing live on BTN, a number of games that are regionally produced by other networks will also be available live on BTN2Go.