They said it: Did you see these Week 4 Big Ten quotes? 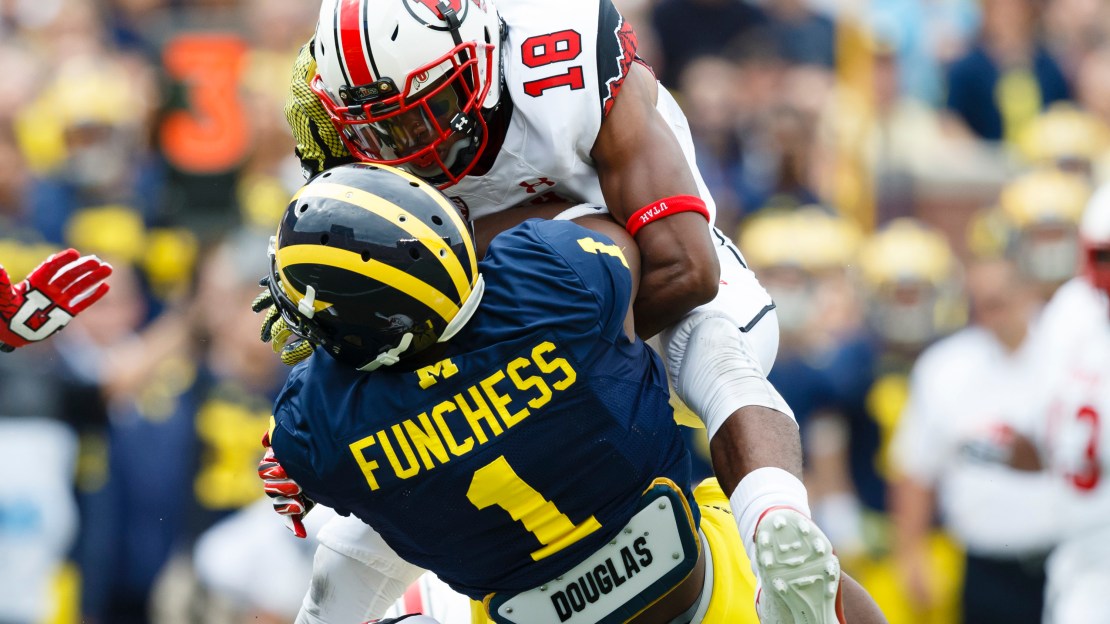 It was a great Week 4 for the Big Ten. Not only did the conference go 12-1, but it carded road wins at No. 19 Missouri, Navy, Pitt and Syracuse, in addition to a home win vs. Miami (FL). The favorable results yielded some really great quotes.

See several of our favorite Week 4 quotes, courtesy the AP:

"Obviously, everyone had a bad taste in their mouths coming back from Eugene. We wanted to take our anger out on the opponent, whether it was Eastern, Nebraska, Wyoming, whomever. We wanted to come out and make this a statement game and put up some points." – Connor Cook, on beating Eastern Michigan

"They were awesome, and obviously I got outcoached in every way." – Eastern Michigan coach Chris Creighton, on losing at Michigan State

"I was motivated. I heard a lot of people doubting me saying 'I can't do this, I can't do that.' That definitely motivated me to get out there and do what I needed to do." – Melvin Gordon, on his career day vs. Bowling Green

"I saw two or three stiff arms, like he's stiff-arming kids like he was playing in a Pop Warner game." – Bowling Green coach Dino Babers, on Melvin Gordon

"I don't like that with 18-22-year-old kids. I know the fans pay their money and they have the right to do that, but I don't like it. If the boos are for me, that's fine." – Michigan coach Brady Hoke, on booing at the Big House

"We ain't got nothing figured out. We're the same group of bums that played last week. That's the same bunch of bums this week. We'll see how we show up next week." – Indiana coach Kevin Wilson, on his team's upset win at Missouri

"This should have never happened, but it did, so we've got to rebound and we've got to work. That's all there is to it." – Missouri LB Michael Scherer, on home loss to Indiana

"The game of football is about passion, and I wouldn't want it any other way. Good thing we were the bigger men." – Nebraska RB Ameer Abdullah, on a chippy game vs. Miami (FL).