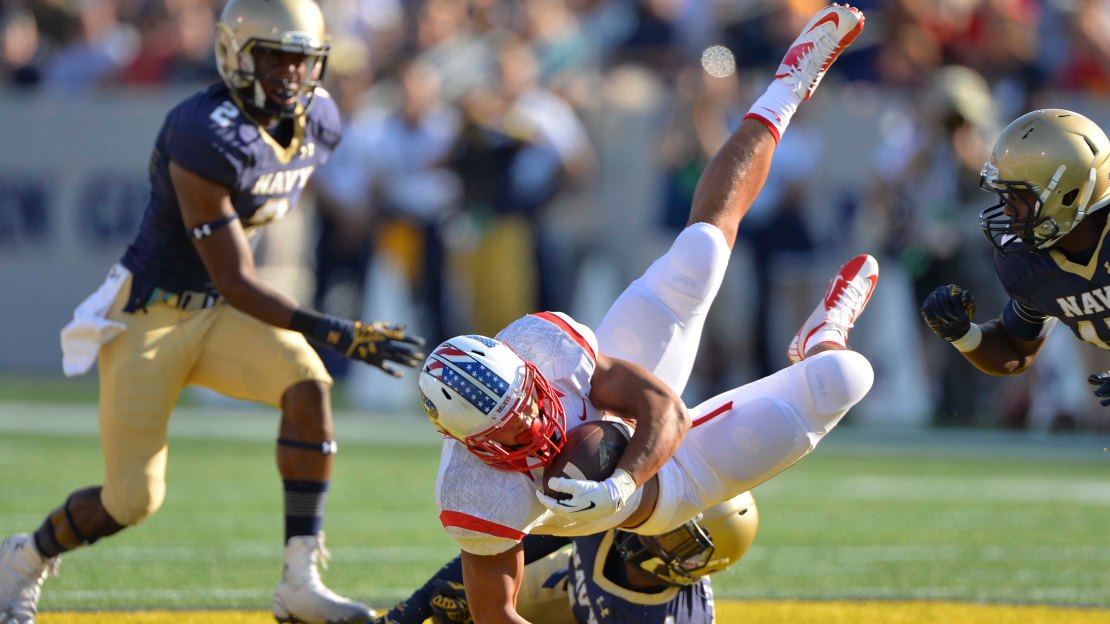 (AP) Rutgers running back Paul James will miss the rest of the season after he tore a knee ligament during the Scarlet Knights' victory against Navy.

James was the team's leading rusher and had 96 yards and a touchdown on seven carries against Navy on Saturday before taking a helmet to his knee. Coach Kyle Flood announced on Sunday that James tore the ACL in his right knee when he took a Navy player's helmet to his knee.

"Really what it means is that we have one less guy in the rotation," Flood said. "It's somebody who's created a lot of big plays in the running game and did it again yesterday."

#RFootball head coach @KyleFloodRU announces that RB Paul James is out for the season with a torn ACL.

"Paul's not going to be an easy guy to replace. He's a very good football player," Flood said. "But we've got good players in that room. It's one of the deeper rooms on our football team and now Justin Goodwin, Desmon Peoples and our two freshman (Josh Hicks and Robert Martin) are going to have a chance to carry the ball."

It's the second straight season James will be lost for some time to an injury. He broke his fibula against Arkansas last season, missed the next four games and took even longer to return to his early season form.

"Any player in this position is disappointed initially. You work all year for 12 days and when you have some of them taken away because of injury it's always disappointing," Flood said. "But P.J.'s a competitor. He'll be back. He'll be back 100 percent."