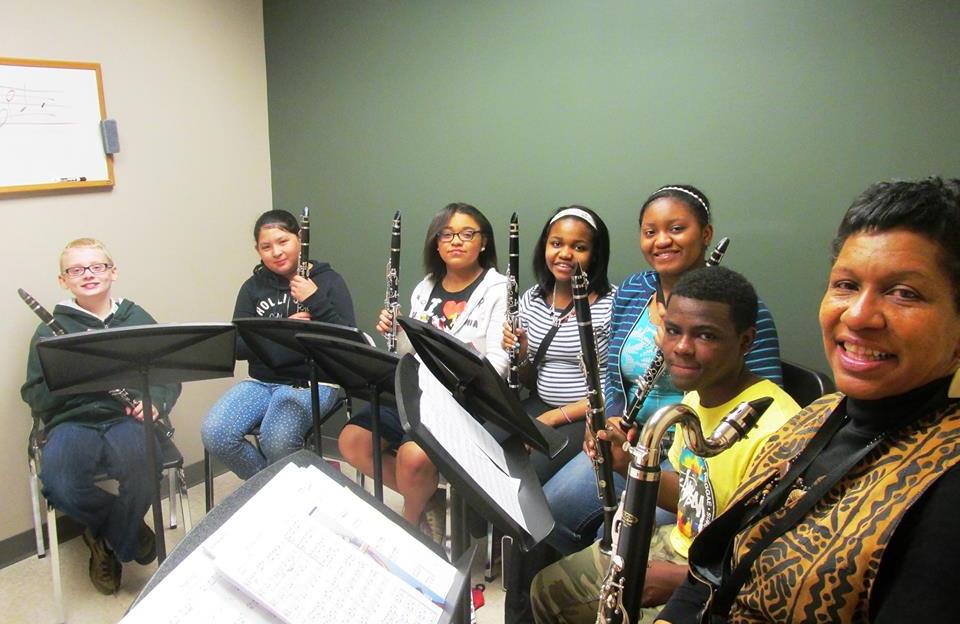 These names evoke Detroit?s rich musical past - one that includes artists as varied as The Temptations, the MC5, Marvin Gaye, Madonna, Eminem and the White Stripes. Unfortunately, that heritage is endangered today by a continually contracting local economy and a lack of funding for music education.

However, there is hope for Detroit?s musical future, and it?s coming from an unlikely place - more than 100 miles west, just off of I-96. Michigan State University?s College of Music brought a Community Music School to the city?s ?creative corridor? on Woodward Avenue.

?Detroit?s known for making two things: cars and music,? said Jill Woodward, director of the MSU Community Music School. ?We?re looking to build the next generation of musicians in Detroit.?

The school, which opened its doors in 2009, provides low-cost music lessons to hundreds of children in Detroit. It serves students ranging from toddlers to teens, and instruction and performances accommodate aspiring musicians at all levels.

?They?re flocking to us,? Woodward said. ?Music?s not available in school the way it used to be. People here see the value in learning about music, but they also recognize how that kind of education builds character.?

Woodward should know. She studied the cello while growing up, and her interest in music led her to a career as a communications consultant for organizations like the Detroit Symphony Orchestra. In July, she was named director at the MSU Community Music School, which had previously been ?her favorite client? when she was doing consulting.

?I feel very lucky,? Woodward said. ?It?s a gift to do this kind of work.?

In her experiences with the school, Woodward has seen the ways in which it?s positively impacted students? lives. They learn about the fundamentals of musical composition and performance, of course, but they also pick up valuable life skills such as punctuality, listening, abstract thinking and problem solving. Ultimately, this can help Detroit improve in ways that extend well beyond the music scene.

?We teach kids to tap into their creativity and individuality and apply that to their lives,? she said. ?These are skills that are translatable for 21st century jobs.?