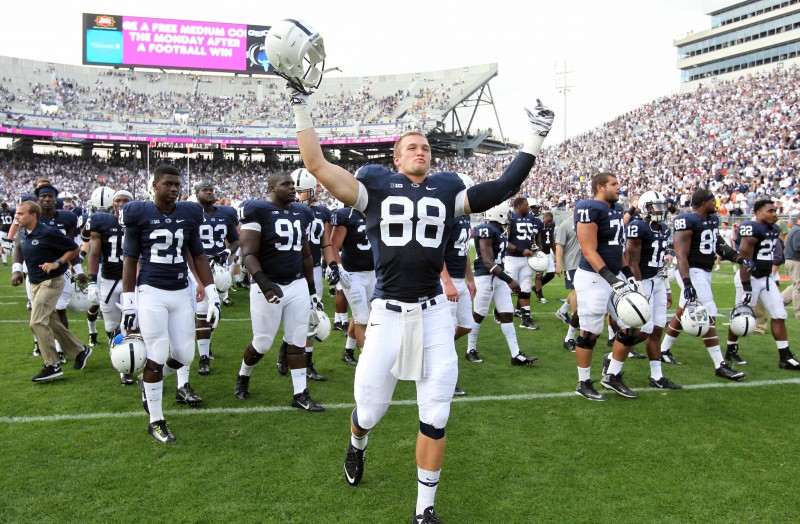 CARBONDALE, PA & CHICAGO - BTN is now available on Adams Cable Service, which is offering the network on the expanded basic level of service to all of Adams? Pennsylvania subscribers. BTN is available in HD on channel 515 and on channel 80 in SD.

Adams also is offering one Extra Football Game Channel for when BTN is airing more than one game at a time. The extra channel in HD is channel 516 and in SD on channel 81.

?We are pleased to welcome Adams Cable Service to our group of more than 300 affiliates,? said BTN President Mark Silverman. ?Adams subscribers will see more than 70 Penn State events throughout the year, as well as studio shows, original programming and classic games.?

BTN will carry Penn State?s next two football games, including Massachusetts at noon ET Saturday and Northwestern at noon ET on Sept. 27, both from Beaver Stadium. Other Penn State football games to air on BTN will be selected either six or 12 days before the game.

BTN will air nearly 1,000 events across all platforms in 2014-15. The network is in 60 million households across the United States and Canada.

Adams Cable Service supplies services to residential and business customers in Susquehanna, Lackawanna and Wayne counties in Pennsylvania as well as Broome, Chenango and Delaware counties in New York.  Adams? extensive all digital network connects the six counties with over 1,000 plant miles, supplying video service to over 22,000 subscribers. Internet speeds offered range from 100Mb to 5Mb throughout the entire system. Digital phone service is also available to all homes and businesses within our footprint.

A joint venture between the Big Ten Conference and Fox Networks, BTN is the first internationally distributed network dedicated to covering one of the premier collegiate conferences in the country. With more than 1,000 events across all platforms, all in HD, BTN is the ultimate destination for Big Ten fans and alumni across the country, allowing them to see their favorite teams, regardless of where they live. BTN2Go is the 24/7 simulcast of BTN that delivers live and on-demand programming via the internet, smartphones and tablets to customers of participating video providers. Events include football, men?s and women?s basketball games; dozens of Big Ten Olympic sports and championship events; studio shows; and classic games. Original programming highlights activities and accomplishments of some of the nation?s finest universities. The groundbreaking Student U initiative provides real-world experience for students interested in careers in sports television. The network is in more than 60 million homes across the United States and Canada, including carriage by all the major video distributors, such as DIRECTV, DISH, Verizon FiOS, AT&T U-Verse, Charter Communications, Comcast Xfinity, Time Warner Cable, Cablevision, Cox Communications, Mediacom, RCN, WOW!, Rogers Cable, Shaw and Shaw Direct (Canada) and approximately 300 additional video providers across North America. For additional information, go to www.BTN.com.