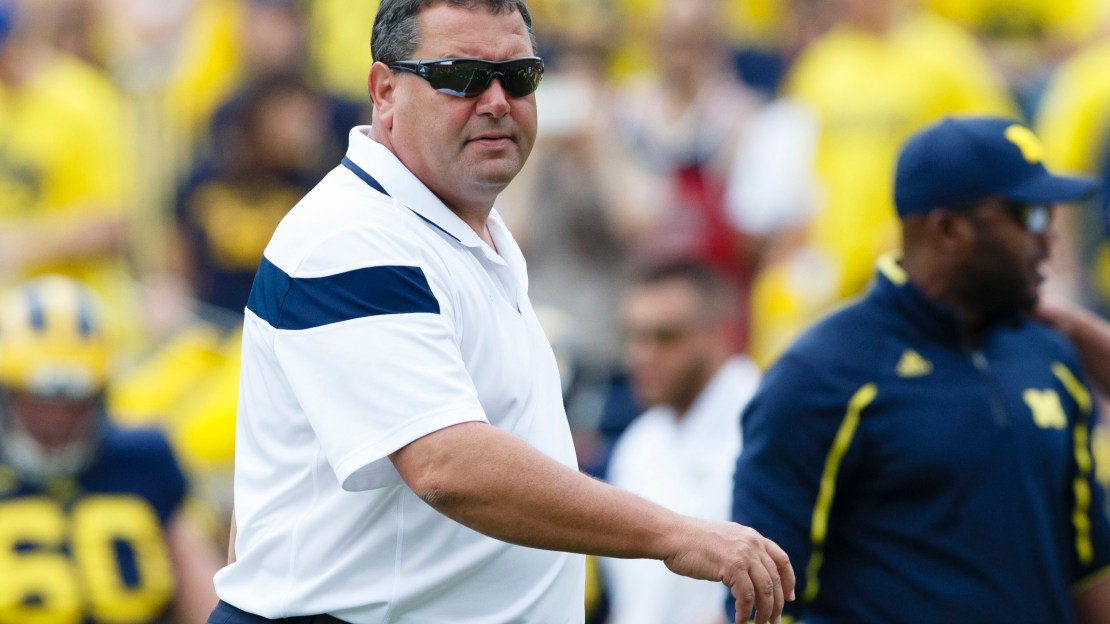 This is the last full-blown Saturday of non-conference action. And it?s big for a few teams. Nebraska (Miami, Fla.); Michigan (Utah); Iowa (at Pitt) have defining games that I?ll be watching closely. I?m bringing it strong in this edition of ?Fourth-and-Long.?

If you thought that Big Ten offenses are lacking this year, you?d be correct. It?s a trend-and not a good one. The proof is in the black-and-white of NCAA stats. Minnesota is 109th out of 125 FBS schools in the nation in total offense. Purdue is 102nd; Northwestern is 91st; Iowa is 89th; Wisconsin is 85th; Rutgers is 82nd; Illinois is 73rd; Maryland is 72nd. The biggest surprises in that group are Illinois and Maryland. The Illini have been drug down by the worst rushing game in the Big Ten (71.3 ypg); Maryland has been hurt by the No. 10 pass offense (223.7 ypg).

I?ll go ahead and type it: This is a ?must win? for Michigan. The Wolverines need to take down visiting Utah on Saturday. And it certainly would help if a Michigan win featured a strong effort from the offense. How about this: a 200-yard rushing performance with no turnovers in a U of M victory? That?s exactly what Brady Hoke?s team needs going into Big Ten season. A turnover-free game also would be nice for a Wolverines? club that is last in the conference in turnover margin. Michigan has one takeaway and eight turnovers.

Read more of our Week 4 coverage:

Iowa doesn?t necessarily have to win at Pitt this Saturday. But if the Hawkeyes lose, they need to do so with their offense playing well. It?s getting to condition critical status for the Iowa attack. If it hasn?t gotten its offense figured out by Week 4, will it ever happen? The rushing game is No. 11 in the Big Ten (131.0 ypg).

The Big Ten has another shot to score an impressive nonconference win when Miami (Fla.) comes to Nebraska. But, honestly, how good are the Hurricanes? Regardless, the win would help the Big Ten?s sagging image. The conference already has fallen to Oregon, Washington, Cal, Notre Dame (twice), TCU, LSU, Iowa State, West Virginia and Virginia Tech. On top of that, the league has lost three games to the MAC. Oh, and Northwestern still has to play Notre Dame in November.

Maryland deserves more credit for the nonconference schedule it is playing. The Terrapins travel to Syracuse on Saturday. Maryland already has played at South Florida and played host to West Virginia last week. No, none of those foes is a national heavyweight. But all three are FBS programs that have good pedigree. Here?s hoping this schedule steels Maryland for a run in the Big Ten East.

Does any team need a win more than Northwestern? Of course not. The Wildcats are the early leaders for ?enigma of the year.? NU has opened with home losses to Cal and Northern Illinois. In doing so, the Wildcats have looked bad on offense. NU is last in the Big Ten in scoring (19.5 ppg); 12th in total offense (374.0 ypg); 12th in rushing offense (90.0 ypg). Unless the attack wakes up, the Wildcats will struggle to even match last year?s five-win total-let alone make it to a bowl. In case you are wondering, Northwestern is 1-9 in its last 10 games.

One of the most surprising early-season stats is the fact Indiana has just one touchdown pass in two games. That?s fewer than any other league school, though most have played one more game. Still, this is a team that has forged an identity as a passing team under Kevin Wilson. But the Hoosiers rank ninth in the league in passing (229.0 ypg). I know IU wants to establish the run and develop a hard-edge to its offense. Still, I wonder when Indiana will pick up the pace in the aerial department and embrace its passing persona. Can IU win Saturday at Missouri without throwing for fewer than 300 yards? I doubt it.

It seems like Nebraska?s Tommy Armstrong Jr. is flying under the radar, lost in the shadow of teammate Ameer Abdullah. But know this: Armstrong is on pace to throw for 3,000 yards and rush for 1,000. If Armstrong pulls off the feat, he?ll join some elite company that includes Vince Young and Johnny Manziel. Not bad.

Penn State is a surprise with a 3-0 record. And the Nittany Lions have gotten to this point with the Big Ten?s No. 13 scoring offense (20.0 ppg) and No. 13 rushing attack (75.7 ypg) that averages a league-low 2.5 yards per carry with two TDs on the ground. Credit the defense with PSU?s rise, as it is No. 1 in the Big Ten in scoring (12.3 ppg) and No. 3 in total defense (275.7 ypg). The Nittany Lions have yielded just four touchdowns in three games. Not bad. Oh, and the passing of Christian Hackenberg has been key, too, as Penn State is No. 1 in the Big Ten when it comes to throwing (360.7 ypg).