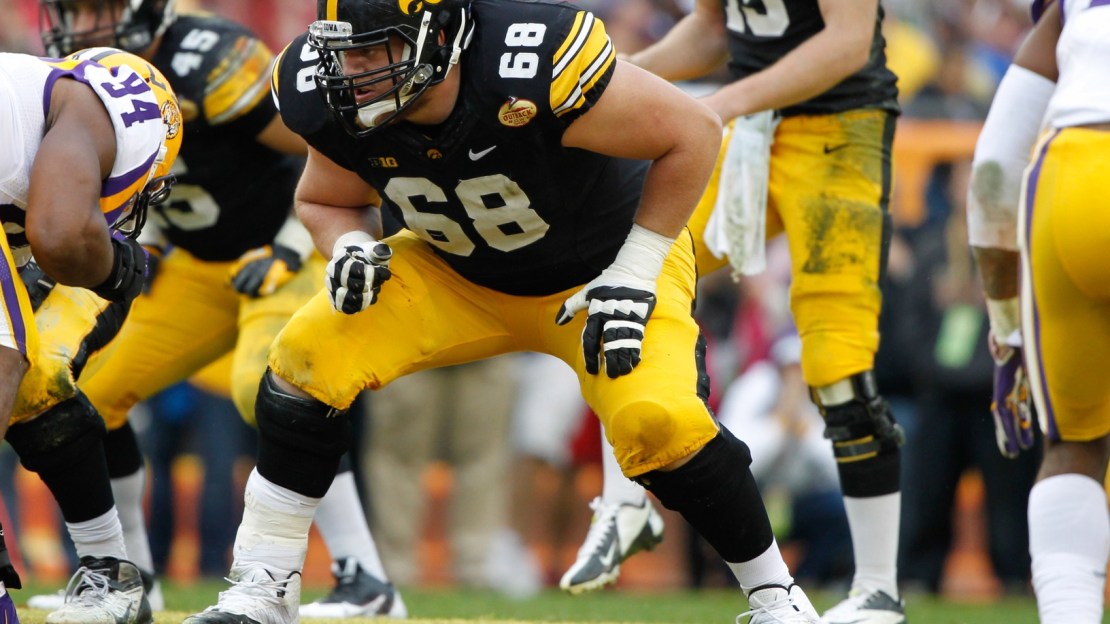 Yes, it?s only mid-September, but whenever ESPN NFL Draft expert Mel Kiper Jr. releases his NFL Draft Board, both college and NFL football fans across the nation will take notice. Kiper Jr. recently released his updated 2015 big board, which features five Big Ten stars on it. Iowa senior OT Brandon Scherff headlines the list at No. 5 overall.

"Quite possibly the best run-blocker in the class — even if he'd entered the 2014 draft," said Kiper regarding Scherff. "He uses a powerful base and quick feet to simply overpower defenders, and he can move well and line up blocks in space. He needs to show some improvement as a pass-blocker, but he's nimble and simply needs to work on technique in that area."

Following Scherff is another lineman on the opposite side of the ball, Nebraska's Randy Gregory. The Huskers' 6-foot-6, 240 pound defensive end comes in at No. 7 on Kiper's list.

My take: Scherff could move his way up to the top of this list, once he shows he is fully recovered from an early season injury. I was surprised not to see Michigan WR/TE Devin Funchess on this board. He has NFL-ready size and has been dominant when on the field this season. I was also surprised to see Calhoun this low on the list. The reigning Big Ten defensive player of the year has exceptional size (6-foot-5, 256 pounds) and has the skill-set of someone who should be an ideal NFL rush end.