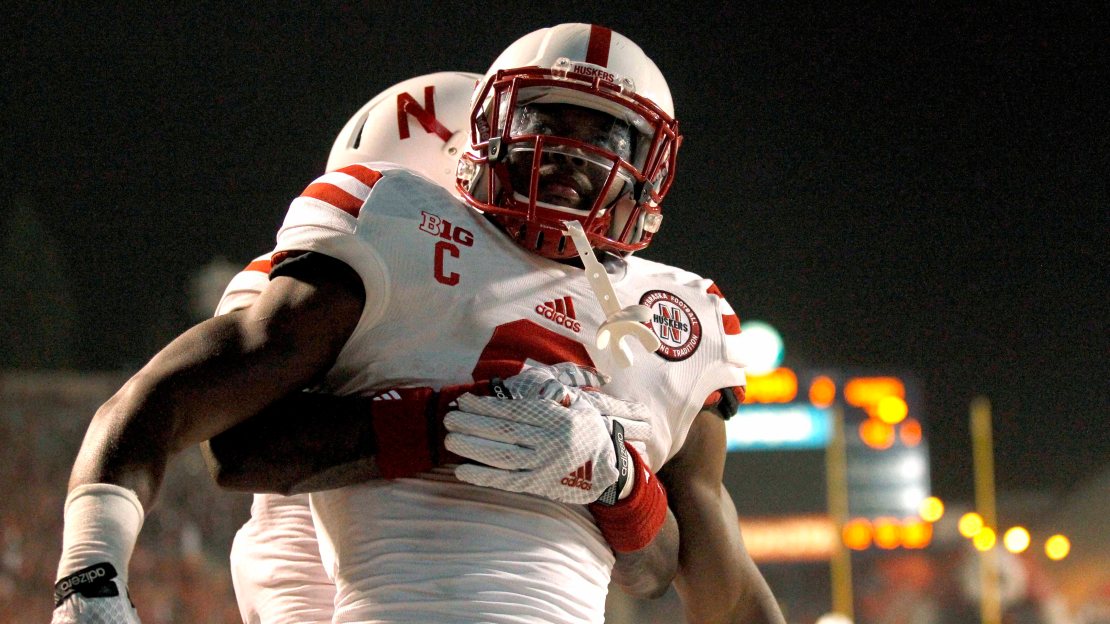 The calendar says mid-September. Three weeks of the season are in the books. That brings us here, to the 2014 Big Ten Quarterly Report. Yes, 25 percent of the season is in the books, if you can believe it. And we already have seen quite a bit.

Best player: Christian Hackenberg, QB, Penn State. The sophomore quarterback and his golden right arm have Penn State off to a 3-0 start. Hackenberg has passed, passed and passed some more en route to engineering two last-minute comebacks and completing 79-of-127 attempts for 1,082 yards and four touchdowns. In case you were wondering, the Big Ten single-season record for passing yards is 3,985 set by Purdue?s Curtis Painter in 2006. Hackenberg-averaging 360.7 passing yards–is on track to pass for 4,320 yards in 12 games. Factor in a bowl game, and that figure jumps to 4,689. This is crazy.

Best game: West Virginia at Maryland. There have been some dramatic wins that featured exciting endings, like Iowa over Ball State, Penn State over UCF and Rutgers over Washington State. The Big Ten also has been victim in some fantastic finishes, with Maryland falling to West Virginia, Iowa to Iowa State and Indiana to Bowling Green. Unfortunately, the Terps' Week 3 rivalry loss take my "best" game. It featured a bit of everything, including lead changes, momentum swings, great special teams plays, a last-second game-winning field goal, 108 plays by West Virginia and 1,141 yards of combined offense. It was exciting and exhilarating to watch.

Best play: Jordan Westerkamp's behind-the-back catch vs. Florida Atlantic. I still marvel and wonder how he did it. It was nothing short of incredible. To top it off, Westerkamp made a couple of beautiful catches the next week vs. McNeese State, one of the one-handed variety and another of the airborne variety – the latter was negated by penalty. Also have to mention the sensational game-winning 58-yard touchdown catch and run by teammate Ameer Abdullah vs. McNeese State in Week 2 (watch at top of post).

Best stat line: Wes Lunt, QB, Illinois vs. Western Kentucky. It's hard to ignore the numbers Lunt compiled in the Week 2 win: 35-of-50 passes, 456 yards and three touchdowns. In the fourth quarter, Lunt was 10-of-11 for 154 yards and a touchdown while leading the team to its second straight fourth-quarter comeback win. Tip of the hat to Nebraska?s Ameer Abdullah, who ran for a career-high 232 yards on 21 totes (11.0 ypc) in the season-opener vs. FAU.

Best new uniform: Maryland's ?Star Spangled" alternate. Just when you think the Terps couldn?t have wilder togs, we get this. Eye-catching ? snazzy ? unforgettable. The unis marked the 200th anniversary of the ?Star Spangled Banner.? The words were written on the jersey, helmet and shoes. What will Under Armour dream up next for the Terrapins? Whatever it is, it will be difficult to top this.

Biggest surprise (team): Penn State. The Nittany Lions had some skeptics when the season started. How would they deal with depth issues along the offensive line and at linebacker? What about a lack of team speed? No problem. Penn State is 3-0 with a good shot to be 5-0 when it goes to Michigan on Oct. 11. Increasing the mojo for the Nittany Lions was news last week that their NCAA bowl ban was being lifted immediately. James Franklin?s team is rolling in his debut in State College.

Biggest surprise (player): Tommy Armstrong, QB, Nebraska. I thought Armstrong would make strides as a sophomore. But I didn?t think he?d thrive this quickly in 2014. The Nebraska quarterback is No. 2 in the Big Ten in total offense (343.7 ypg) and No. 4 in passing, hitting 43-of-81 attempts for 773 yards (257.7 ypg) with seven touchdowns and just one interception. Best of all: The Cornhuskers are 3-0.

Most improved player: Anthony Zettel, DL, Penn State. The Penn State junior was moved from defensive end to defensive tackle in the offseason and has become a star. He was virtually unblockable in last week?s win at Rutgers. For the season, Zettel is third in the Big Ten in sacks and first in tackles for loss for the No. 2 rushing defense in the Big Ten (68.3 ypg) and No. 3 overall defense (275.7 ypg).

Biggest letdown: Northwestern. The Wildcats were thought to be a dark horse in the Big Ten West with a veteran team back motivated coming off a 5-7 season. But chemistry seems to be an issue. And the transfer of RB Venric Mark hurts big-play ability. NU is 0-2 and searching for answers.

Best newcomer: DaeSean Hamilton, WR, Penn State. The play of redshirt freshman Ohio State quarterback J.T. Barrett has been promising. But Hamilton has exploded onto the scene with a Big Ten-high 26 catches for 337 yards. Oddly, he still doesn?t have a touchdown. But that figures to come soon.