Ohio State's Noah Spence out indefinitely due to rule violation 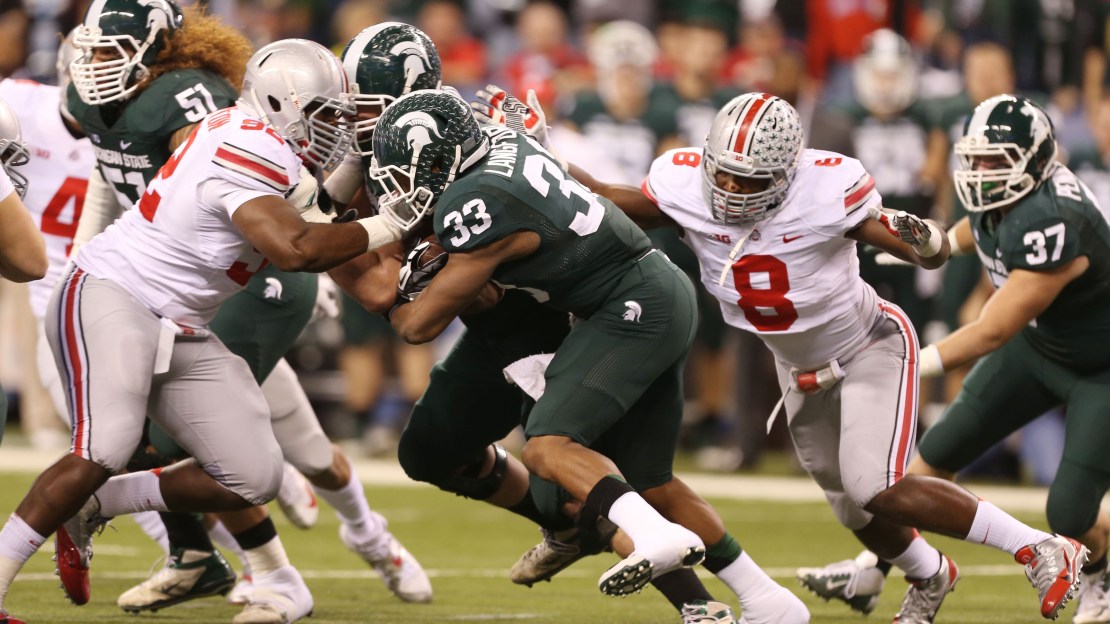 Ohio State suffered a blow when it was announced defensive end Noah Spence is ineligible to play Saturday, according to the school.

Spence was supposed to return to action vs. Kent State on Saturday after serving a three-game suspension for testing positive for ecstasy during a drug test before last year's Big Ten title game in December. But an OSU statement says Spence will miss the game "because of a university and Big Ten Conference rule violation."

Spence was slated to be part of one of the top defensive lines in the Big Ten and nation, a group that includes Michael Bennett and Joey Bosa. Spence?s return would have lessened the load of teammates, making them more effective. Now, the unit must press on without his services.

This is the latest blow to a Buckeye program that was rocked in August with the loss of quarterback Braxton Miller to a season-ending shoulder injury.

Ohio State opened with a win vs. Navy in Baltimore but lost to Virginia Tech last week, the Buckeyes? first season-opening home setback since 1978. That?s three losses in the last four games for Ohio State dating to last season, which ended with defeats to Michigan State in the Big Ten title game and to Clemson in the Orange Bowl. This follows a 24-0 start to the Urban Meyer regime.