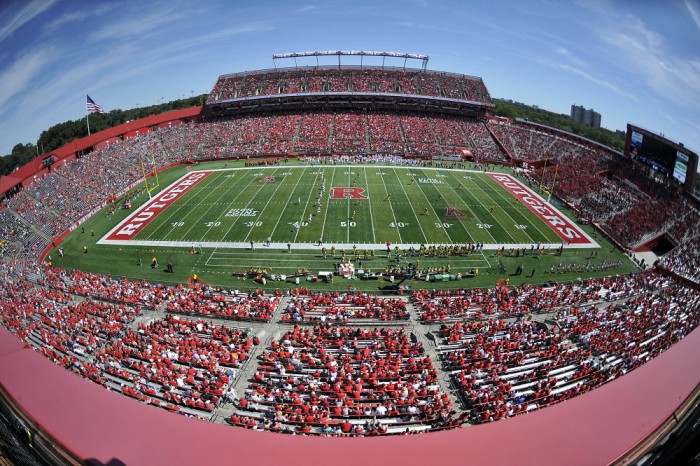 CHICAGO - Renewed East Coast rivals Penn State and Rutgers clash this Saturday night on BTN for the first time since 1995 in both teams? first Big Ten Conference game of the season. Both the 11 AM ET and evening editions of BTN Football Pregame will originate live from High Point Solutions Stadium in Piscataway, N.J. Kickoff is set for 8:12 PM ET.  Both Penn State and Rutgers enter Saturday undefeated.

?Even before the announcements Monday restoring Penn State?s post-season eligibility, the game was creating a lot of excitement on the East Coast,? said BTN President Mark Silverman. ?We wanted to be on-site to capture all the buzz throughout the day and leading up to kickoff.?

BTN Football Pregame, presented by Auto-Owners Insurance, will originate from the set outside the stadium, and the Buffalo Wild Wings Halftime Report and The Final Drive segments will take place from a second BTN set inside the stadium. BTN halftime and postgame shows for the day?s other games will also include reports from the crew at Rutgers.

Hosts Mike Hall and Rick Pizzo, alongside analysts Shawne Merriman and Stanley Jackson, will provide additional coverage throughout the day from the BTN studio in Chicago.

On the call for the game are Kevin Kugler, who will handle play-by-play duties, and analysts Glen Mason and Shaun O?Hara. Tina Cervasio will report from the sideline.

Fans can also follow the action on Twitter, as @BigTenNetwork, @BTN_Rutgers and @BTN_Penn_State will be live tweeting highlights throughout the game. BTN.com senior writer Tom Dienhart will also attend to provide additional insight and analysis.

About BTN: A joint venture between the Big Ten Conference and Fox Networks, BTN is the first internationally distributed network dedicated to covering one of the premier collegiate conferences in the country. With more than 1,000 events across all platforms, the 24/7 network is the ultimate destination for Big Ten fans and alumni across the country, allowing them to see their favorite teams, regardless of where they  live. BTN2Go is the 24/7 simulcast of BTN that delivers live and on-demand programming via the internet, smartphones and tablets to customers of participating video providers. Events include football, men?s and women?s basketball games; dozens of Big Ten Olympic sports and championship events; studio shows; and classic games. Original programming highlights activities and accomplishments of some of the nation?s finest universities. The groundbreaking Student U initiative provides real-world experience for students interested in careers in sports television. The network is in more than 60 million homes across the United States and Canada, including carriage by all the major video distributors, such as DIRECTV, DISH, Verizon FiOS, AT&T U-Verse, Charter Communications, Comcast Xfinity, Time Warner Cable, Cablevision, Cox Communications, Mediacom, RCN, WOW!, and approximately 300 additional video providers across North America. For additional information, go to www.BTN.com.