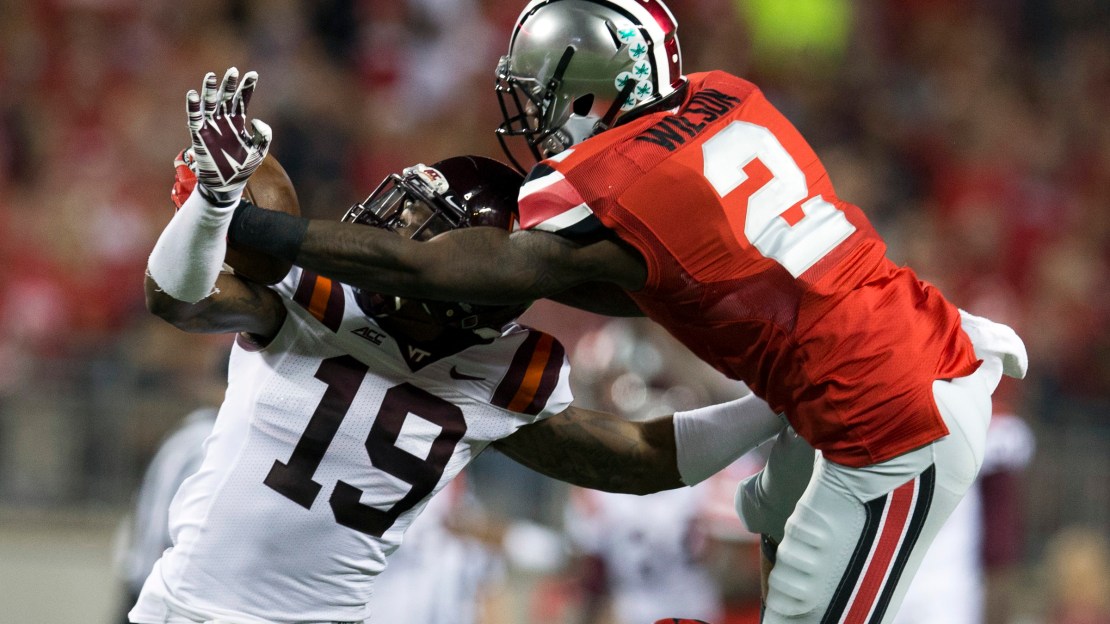 Two weeks into the season, and it?s difficult to get a grip on the Big Ten. There just hasn?t been much clarity. From the sound and tone of your letters, many of you aren?t in agreement with how I see the Big Ten thus far. Surely, things will come into focus over time. Until then, let?s agree to disagree.

With the huge losses the Big Ten took this week, are Ohio State and Michigan State still the front-runners? Or are teams like Iowa and Nebraska looking like contenders? – Corey Schneider

I still think this is Michigan State?s league to lose. I don?t want to be too harsh on the Spartans for losing in Eugene, Ore., to a Ducks squad that may be the best team in America. At the least, Oregon is a top-four squad. Not many schools could have walked into Autzen Stadium last Saturday and left with a victory. MSU is still the best collection of talent in the Big Ten led by one of the league?s finest collection of coaches. OSU, Iowa and Nebraska still are chasing the Spartans but certainly could emerge.

Why worry about the Big Ten?s rough Saturday, Tom? The Huskers will carry the conference! – Murray

The Cornhuskers have a chance to do it, Murray. Especially if Tommy Armstrong continues to play like he did on Saturday, when he led the Huskers with 131 yards rushing and a TD and completed 16 passes for 242 yards and two scores. You know defenses will be stacked to stop the run; so, Armstrong has to make them pay by hitting some passes. He is looking better.

Maryland (No. 3) ranked ahead of Nebraska (No. 7) in your Power Rankings? Really? – Damien Whited

The Terrapins? resume thus far is more impressive than the Cornhuskers?. Each school has whipped on overmatched foe, as Maryland beat FCS James Madison in the opener and Nebraska topped Florida Atlantic. This past week, the Terps gutted out a tough road win vs. a FBS team in South Florida. At the same time, Nebraska needed a miracle to score the winning points in the dying seconds at home vs. FCS McNeese State, which was a five-TD underdog. Any more questions?

Could the problem with the Hawkeye running attack be with the offensive line? It is possible the backs are suffering undisclosed injuries, as well. – MTnman

Not sure about the injury front. Regardless, I?d like to think Iowa?s offensive line and backs (whoever purportedly is healthy) could more than overpower the likes of FCS Northern Iowa and Ball State. Alas, it didn?t happen the first two weeks of the season. Iowa is 97th in the nation in rushing (132.0 ypg). QB Jake Rudock is the team?s top rusher with 11 carries for 53 yards. The schedule is only going to get tougher vs. Big Ten foes. This rushing attack needs to improve if the Hawkeyes want to win the West.

Where should the Wolverines begin to rebuild after a complete failure Saturday night? – Tanner Shaw

I don?t think a rebuild is necessary. Brady Hoke and Co., have been retooling things since arriving in 2011. There is talent on this roster. Don?t let anyone tell you differently. Now, it?s still a young roster, which is an issue. Still, to lose 31-0 at Notre Dame isn?t excusable or indicative of the talent on this roster in Ann Arbor. I think it?s more an issue of attitude. There is still time for Michigan to flip the switch. But is there a disconnect somewhere?

Thank goodness Rutgers is in the league. It will save the Big Ten! – John

Some sarcasm? Regardless, Rutgers has acquitted itself thus far in forging a 2-0 start that has included a gutty win vs. Washington State in Seattle and a not-so-impressive home triumph vs. FCS Howard last week. Still, RU looks solid and can make a big statement with a home victory vs. Penn State this week.

Why are Badgers so low in your Power Rankings? They opened with a tough LSU team and seem to be finding a QB. Seems awfully low. – Jeff

I have the Badgers ranked No. 8. Yes, that may be a bit low. It?s just difficult to get a grasp on teams in the early stages of the season, and it's even harder this season. Wisconsin let one get away from LSU in Houston in the opener; then, following a slow start, the Badgers destroyed FCS Western Illinois at home. Basically, I want to see Tanner McEvoy play well against a quality opponent and get a better look at the retooled front seven. Keep it up, and Wisconsin should rise in my rankings as the roster develops vs. a schedule that is very kind.

Ohio State quarterback J.T. Barrett can't be blamed for his receivers dropping balls. Most of the time, Barrett?s passes were thrown where they needed to be. But Virginia Tech's DBs were there a lot. Still, Barrett threaded the needle on quite a few passes. – Tom Keiffer

You make some good points. The Buckeye skill players need to play better and step up to help the redshirt freshman quarterback. The offensive line must protect him better, as well. Still, Barrett has room to improve, too, obviously. He completed just 9-of-29 passes vs. Virginia Tech, which has one of the better secondaries in the nation. That can?t all be blamed on the Ohio State receivers. Barrett and Co., have a few weeks to get things sorted out with upcoming games at home vs. Kent State and Cincinnati. The visit from the Bearcats won?t be a layup. Regardless, the Buckeyes figure to improve, especially an offensive line that has struggled.

Are you crazy! Ohio State is pedestrian. The Buckeyes at No. 2? They should be sixth at best in your Power rankings until they prove that they can play. You have Penn State way too low at No. 9. The Nittany Lions are much better than your Nos. 3 (Maryland), 4 (Minnesota), 5 (Rutgers) and 6 (Iowa) picks. Wow! – John

I like Penn State. A case can be made for the Nittany Lions to be higher. They have looked good in scoring victories vs. UCF and Akron. If PSU can stay healthy, it could have another surprisingly successful season in James Franklin?s debut. Can?t wait to see this team vs. Big Ten East heavies like Michigan State and Ohio State.