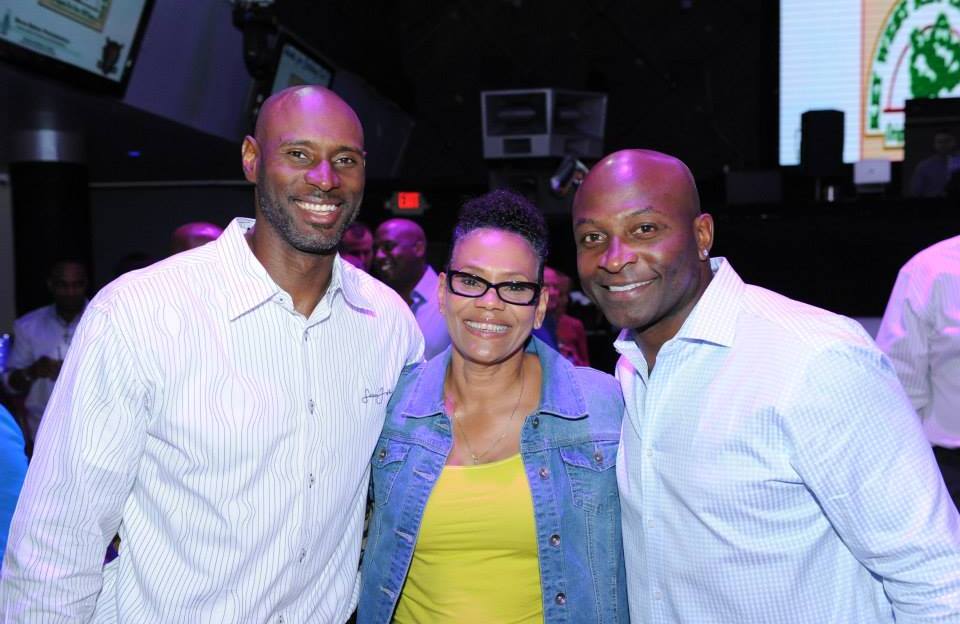 The state of Florida has the third-highest number of low-income working families with children in the country, behind only California and Texas, and with the economic instability of the past few years, that statistic has grown steadily. McDuffie left Penn State in 1993 as the school's all-time leading receiver and spent his entire nine-year NFL career with the Miami Dolphins, catching 415 passes for 5,074 yards and 29 touchdowns. A favorite target of Hall of Fame quarterback Dan Marino, McDuffie led the NFL with 90 receptions in 1998 and was inducted into the Dolphins Walk of Fame last fall.

A beloved sports figure in South Florida, McDuffie felt compelled to use his fame as a platform to give back to the community, and he leaned on what he learned during his Penn State days.

"Penn State always taught us to be involved in our community," McDuffie said. "It wasn't enough to just play football and go to class. All summer long we attended charity events at Penn State. I wanted to make sure I continued doing that once I got to South Florida."

"I decided to start a foundation after attending a few events put on by guys like Dan Marino and (former Dolphins tight end) Joe Rose. I wanted to give back to a community that has given me so much."

To raise money, the foundation puts on fundraising events throughout the year, such as the Catch on Charity Poker Tournament, Strikes for Kids Bowling Tournament, and Spring Celebrity Golf Classic.

McDuffie chairs both the Strike for Kids bowling committee and the Spring Celebrity Golf Classic, reaching out to the community to gain financial support and volunteers.

"Our biggest fundraiser of the year is our O.J. McDuffie Spring Celebrity Golf Classic weekend with our Strikes for Kids Bowling event being our second-largest," said foundation spokeswoman Meghan Guardiani. "The foundation has raised thousands of dollars and donated back to help underserved children and their families.

"We also purchased Thanksgiving meals for families and collected hundreds of toys over the last four years at the Catch 81 Foundation Toy Drive and distributed them out to children and families throughout the community."

McDuffie himself goes to the grocery store to pick out the turkeys, sides, desserts and any other addition to the meals that the Jack and Jill Children's Charity requests. He also reaches out to friends of the foundation for support and holiday gift donations, and helps to distribute them to children's charities in need.