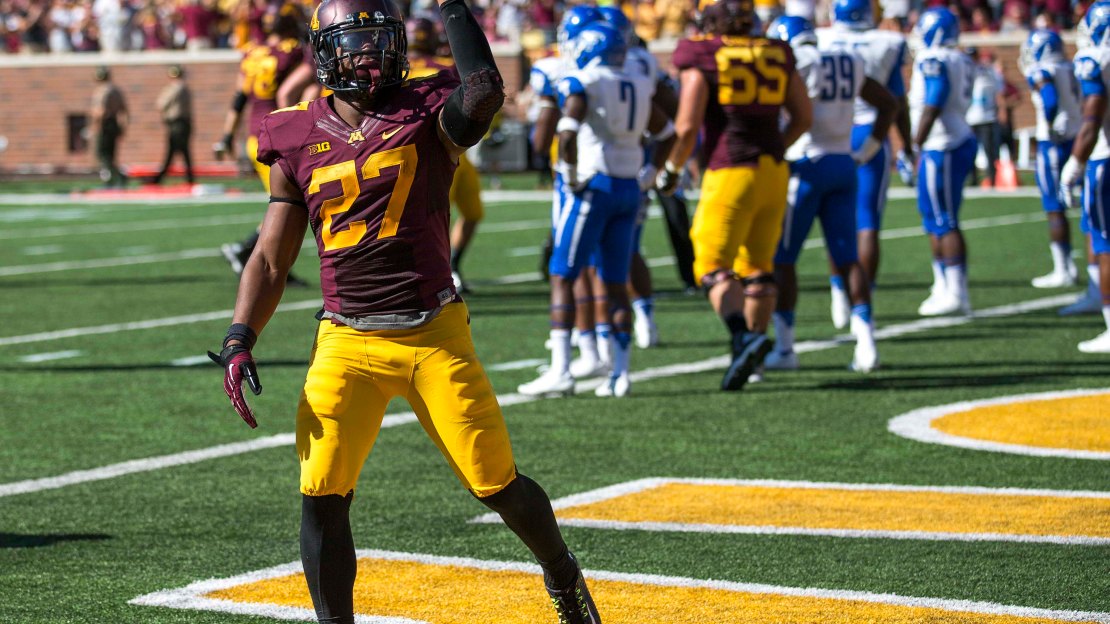 Just as Nebraska did earlier Saturday, Iowa needed some late heroics to put away an inferior foe. The Hawkeyes rallied from a 13-3 deficit to take down Ball State. Catch up on all of the afternoon action on our Big Ten scoreboard. Also, relive the early action and check out our Week 2 gallery.

Iowa's Jake Duzey caught a go-ahead 12-yard touchdown pass from Jake Rudock with a minute left in a 17-13 win over Ball State on Saturday.

David Cobb had 29 carries for two touchdowns and a career-high 220 yards, the most for the program in nine years, and Minnesota outlasted Middle Tennessee for a 35-24 victory on Saturday.

Drew Hare passed for two touchdowns and ran for another to lead Northern Illinois to a 23-15 win over in-state rival Northwestern on Saturday.

C.J. Brown threw for 201 yards and two touchdowns and Avery Thompson recovered a blocked punt in the end zone for a fourth-quarter TD that helped Maryland beat South Florida 24-17 on Saturday.