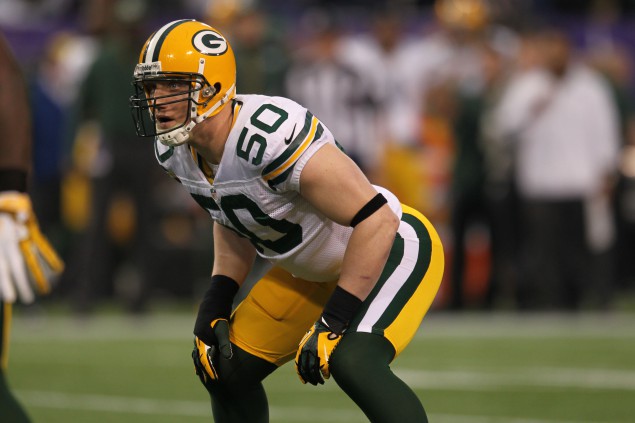 The copious hair flowing out from underneath his helmet had become part of his signature look, but it was out of control. Though he didn?t realize it at the time, something good would come out of this frustration.

?My hair was long and ratty and it looked terrible, and I just got sick of trying to take care of it and trying to make it look decent,? he told the crowd at Hawk?s Mane Event, the fundraiser he held at his house on June 28 to benefit his foundation for children with cancer. ?I was just going to chop it off and show up the next day at football and not say anything.

?My wife, being the smart lady she is, said, ?Nah, we have to do something with it.? I was just going to send it off to Wigs for Kids and hopefully put it toward making a wig for a kid going through chemo. [But] we decided to start our own thing.?

Their ?own thing? was Hawk?s Locks for Kids, which provides supporting patient care of women and children throughout the Ohio State Comprehensive Cancer Center at the James Cancer Hospital and Solove Research Institute. The main goal of the charity has been to provide wigs for children who have lost their hair due to their battle with cancer.

With help from the organizers of the annual Buckeye Cruise for Cancer fundraiser, Hawk?s Locks and the Mane Event have taken off over the past few years. This year?s Mane Event - which included dinner, a short program featuring doctors from the James Cancer Hospital and a live band - was attended by almost 300 people and brought in more than $100,000 overall. The guest list included OSU football head coach Urban Meyer and his wife, Shelley, as well as a number of former Ohio State football and basketball players.

But no one who came to Hawk?s Columbus-area home for the fundraiser was more important or inspiring than Lauren Slish.

Slish was a normal third-grader - a 4-H member and ballet student - at St. Mary?s School in Columbus when she was diagnosed in March with a rare form of kidney cancer. She started chemotherapy and began losing her hair almost immediately, something she described as the ?scariest and most devastating? part of the experience.

However, Slish got through the ordeal thanks in part to a wig supplied by Hawk?s Locks. Her experience spoke to the importance of the work that the charity is doing. Hawk and his wife Laura are going to be expanding the focus of their efforts during the coming years in order to further help children like Slish cope emotionally with cancer.

?We?ve always supported multiple charities with different teammates, but we never zeroed in on our own [until Hawk?s Locks],? he said. ?We were waiting to find one we were passionate about, which was this.?