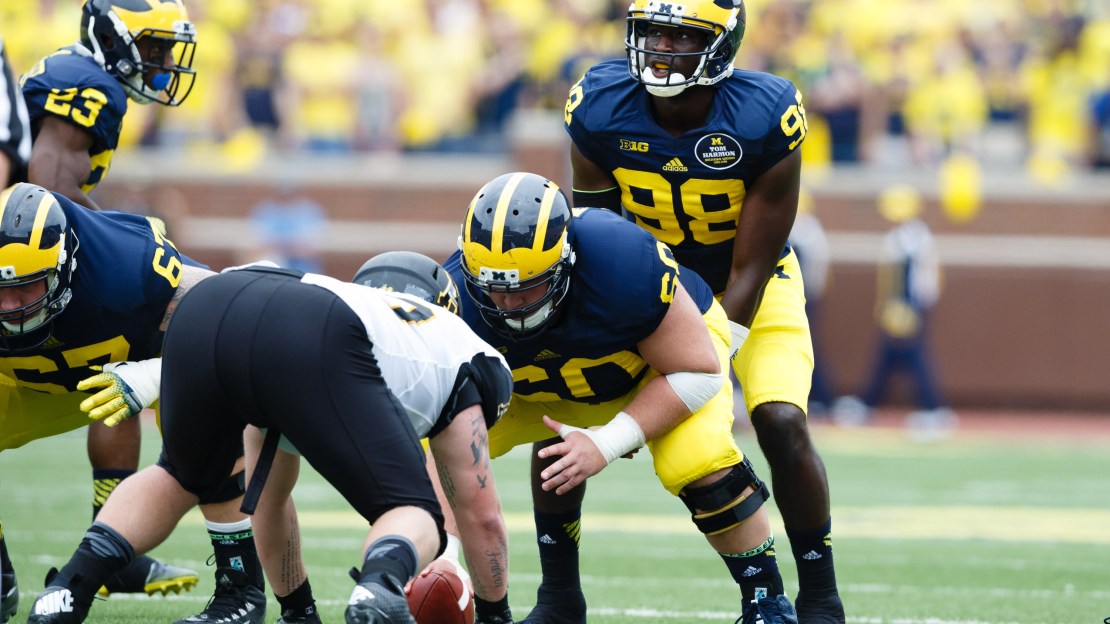 There are plenty of big games on Saturday's Big Ten slate, highlighted by Michigan State at Oregon, Michigan at Notre Dame and Virginia Tech at Ohio State. I caught up with BTN analyst Marcus Ray and played a friendly game of "Buy or Sell" with the former Michigan standout.

What is Marcus buying? What is he selling? Here's a snippet of his answers.

I'm going to sell Michigan's offensive line until they play an athletic front and show me they can block guys who can move and get to the quarterback.

Buy or sell: Nebraska as the best offense in the Big Ten?

The jury is going to be out until Nebraska beats a marquee team with a great defense.

Buy or sell: J.T. Barrett as a viable replacement for Braxton Miller?

Urban Meyer needs a quarterback who can hit the home run and keep those chains moving. I don't think he is a viable backup for what Urban Meyer really needs.

Buy or sell: Iowa as the team to beat in the Big Ten West?

I don't think Iowa is a tough place to play, from an atmosphere standpoint. I think there are some teams that Iowa is going to lose to later on in the year.

Buy or sell: Michigan State vs. Oregon and Michigan vs. Notre Dame being must-win games for the image of the Big Ten?

From a national standpoint, when you look at the playoff implications that these games could possibly have, you have to show that you can beat a non-conference opponent and you have to impress the committee.