Kevin Wilson Q&A: 'We are more of a complete team and a mature team' 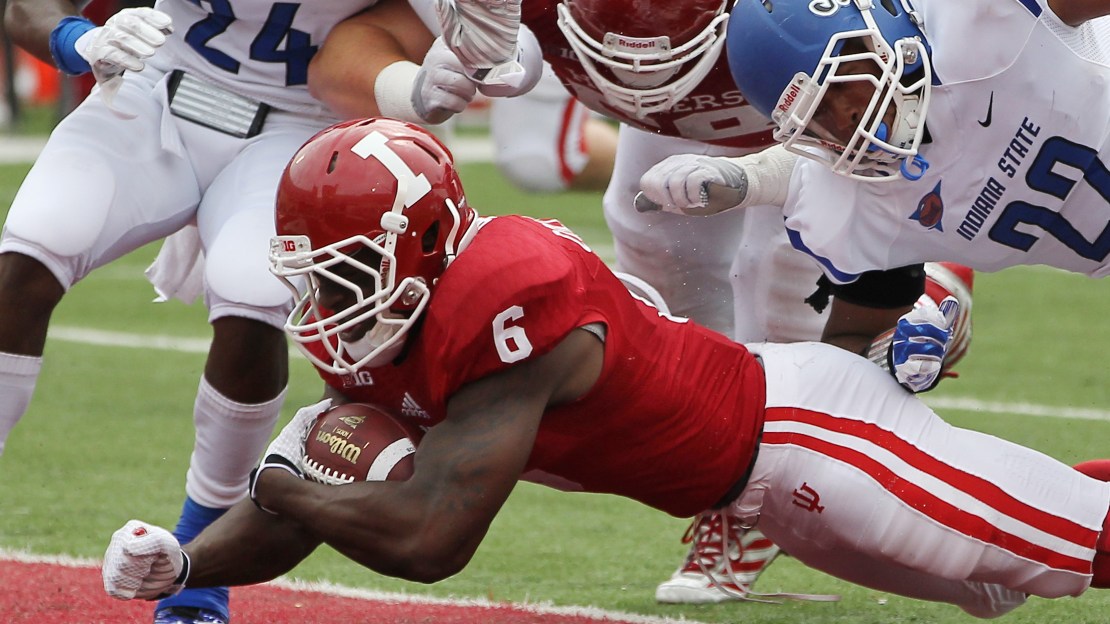 Indiana is off and running, 1-0 and in pursuit of its first bowl trip since 2007.

The Hoosiers opened with a 28-10 win vs. FCS Indiana State in which Indiana flexed its muscles in the ground game with 455 yards rushing. And the new 3-4 defense of coordinator Brian Knorr looked promising in yielding only 170 yards with 30 coming on the ground.

Indiana is off this week before embarking on what could be a season-defining six-game stretch that includes trips to Bowling Green and Missouri, visits from Maryland and North Texas, a trip to Iowa and visit from Michigan State following this early bye.

I caught up with Kevin Wilson to get his thoughts on his team?s start.

Q: What did you like about your opener?
A: I thought we played hard and gave good effort. We will play faster and get in better synch as the season goes on. We held them to 30 yards rushing and ran for almost 460. It was a nice physical start. We ran well and played good run D. It was a nice start. The passing game was out of whack. But they weren?t giving us certain things and it leaned to the run game getting going. We need to block better. Our rush stats looks good, but we have cleaning up to do in fundamentals and structure and technique.

Q: What did you think of the new 3-4 defense?
A: We are defending different. We didn?t run some things we needed to or do it as well as we needed to, and didn?t have to do it.

Q: What did you think of QB Nate Sudfeld?
A: Even though Nate?s numbers weren?t great, he managed things well. It was a good start. The defense and run game looked good. You hope to do that consistently, and the passing game will come along. Nate will be fine. We like him.

Q: What do you want to improve?
A: You are playing a FCS team; you don?t want to slight them. You have weather, the rain delay. We mismanaged a couple scoring opportunities where we didn?t execute or attack them the right way. There are some numbers that look good and some that make it look close. Regardless, I think we are a more well-rounded team. We have a lot of work to do. I thought it was an OK start. We can build on this in a positive way.

We will play better opponents and we will have to play better. At the same time, to have that type of effort while playing 10 freshmen was good. And they played some meaningful minutes when the game was close. They will have to play more for us this season. Other than mismanaging a couple scoring opportunities and having two turnovers, I saw a lot I liked and things I need to work on. We will see how we go.

Q: Do you like having a bye this early?
A: Not ideal. But because we have two, it isn?t bad. We had this in our preseason thought process. I didn?t want to peak and then take a week off. We have to go to Bowling Green, and they will be good. We had a game, now can have a week of learning with a solid stretch of six games coming up. We want to be physically healthy and mentally fresh pointing toward this run of games.

Q: Is this your best team in your four years in Bloomington?
A: I think by far it is the most talented. It is more balanced. I will see if we can back it up. We have the most starters back, a lot of guys who have played, two back-to-back good recruiting classes; we have more depth on defense. Our guys like each other. And we have an O and a D that?s playing for each other. We can be unified. We are more of a complete team and a mature team.

Q: Where do you go from here?
A: Playing this new defense and playing fast and physical. We also need balance on offense. Can we consistently run the ball and play good defense. We started showing some things you want to see. I didn?t like leaving points on the board. Nor having two turnovers and not creating any. We need to be more opportunistic. I think it will be a fun year.