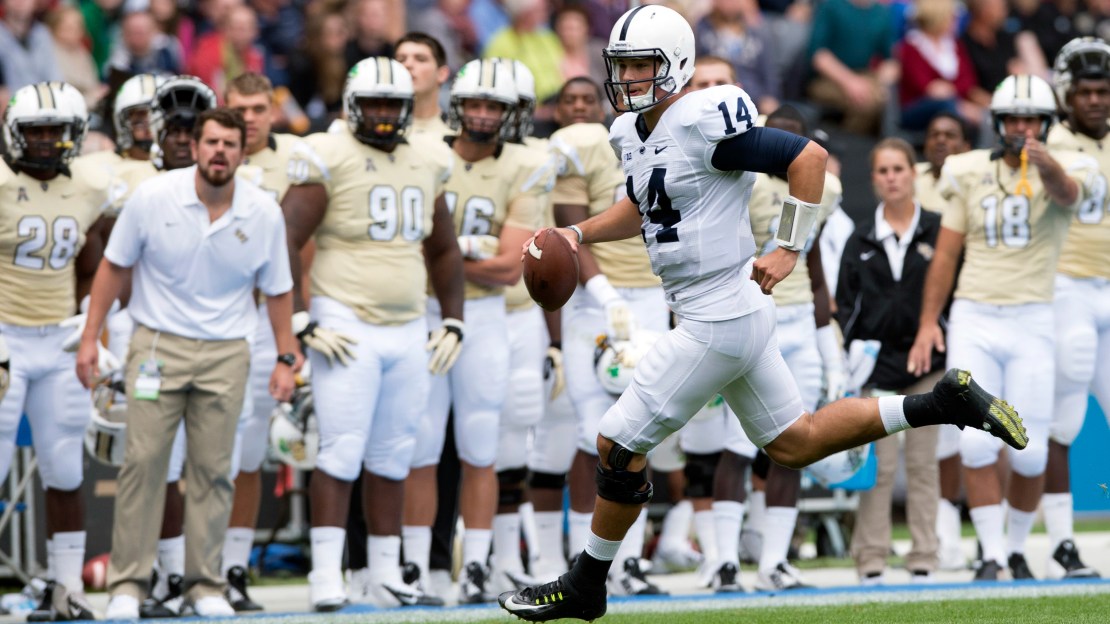 With Week 1 in the books, it's time for BTN senior writer Tom Dienhart and web editor Sean Merriman to release their updated Big Ten Player Rankings. Penn State quarterback Christian Hackenberg tops Dienhart's list, while Nebraska running back Ameer Abdullah headlines Merriman's. Who else made our guy's list? Watch the video in this post.

4. Melvin Gordon, RB, Wisconsin: I still think he looks like one of the top running backs in the Big Ten.

2. Ameer Abdullah, RB, Nebraska: I think that effort against Florida Atlantic probably makes him the top Heisman contender from the Big Ten.

1. Christian Hackenberg, QB, Penn State: With that performance, I think this guy has the chance to be the Big Ten Player of the Year if he can keep it up, obviously.

5. Christian Hackenberg, QB, Penn State: People wondered if this guy would get off to a slow start with the new coaching system in place, but that wasn't the case.

4. Connor Cook, QB, Michigan State: Michigan State is going to need a big performance from him against Oregon. And if he plays like that, they should be good.

3. Tevin Coleman, RB, Indiana: You figured Indiana was going to air it out. They did the exact opposite by running the ball and controlling the ground game with Coleman.

2. Melvin Gordon, RB, Wisconsin: Solid performance against LSU in a loss, despite getting banged up there a little.