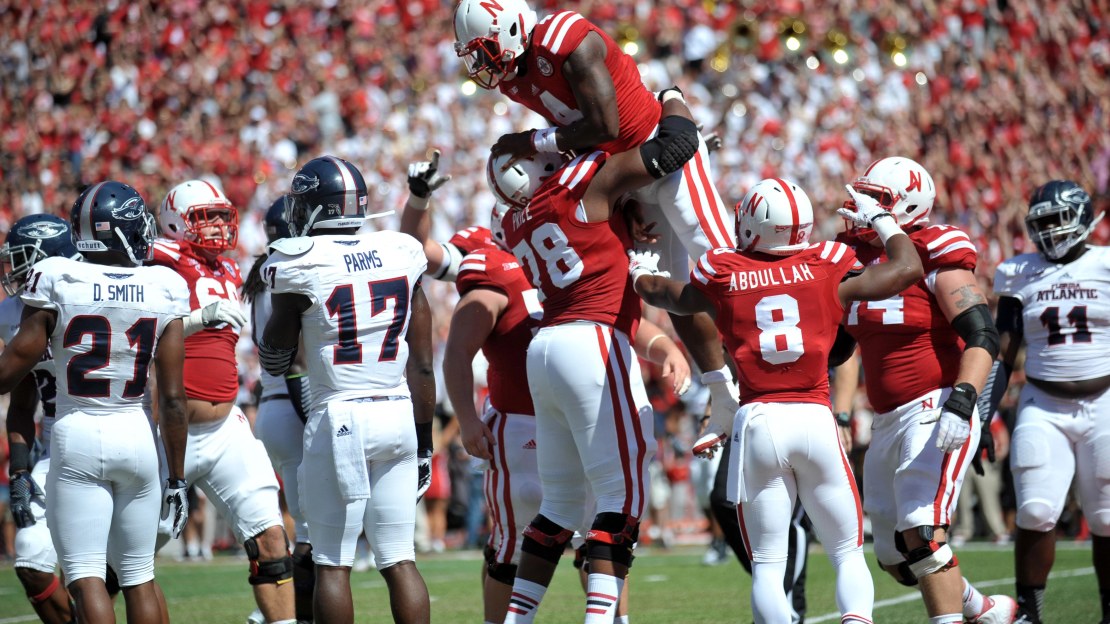 Some big games loom this Saturday, headlined by Michigan State at Oregon; Michigan at Notre Dame; Virginia Tech at Ohio State. But I?m still mulling over many of the things I saw the opening week of the season, too.

What am I buying? What am I selling?

Buy or sell: Nebraska as the top Big Ten offense?

Sell. I think Michigan State has a better offense. Heck, Indiana may be better, too. I?m just not sold yet on Tommy Armstrong as a passer. Yes, the Huskers can run it with Ameer Abdullah and have some top wideouts led by Kenny Bell. But, can Armstrong pass well enough? I wanna see it. It is gonna take more than crushing overmatched Florida Atlantic to convince me of how good Nebraska?s offense is.

Buy. I love the d-line led by Shilique Calhoun and think the front is better than last year with some great newcomers in tow. And I think the secondary will be as good this season with Trae Waynes being the new Darqueze Dennard. But I?m worried about the linebackers. In particular, middle linebacker Taiwan Jones. He is a physical talent, but does he have the intangibles that Max Bullough possessed? Still, overall, I think this MSU defense is better than the 2013 unit.

Sell. I was disappointed with how the Hawkeyes ran the ball vs. a FCS team in the opener. Iowa had just 151 yards rushing and averaged 4.2 yards per tote vs. Northern Iowa. No back ran for more than 34 yards. Does this team have a dominant tailback? Jordan Canzeri needs to step up. Or LeShun Daniels, or Mark Weisman ? or someone. This line and those backs are too good not to run better.

Buy. I think the line is better and it will continue to stabilize. Kinda funny to say that with the loss of a first- (Taylor Lewan) and a third-round pick (Michael Schofield) and with a true freshman in Mason Cole starting at left tackle. But, it?s true. The Michigan line will be fine. And running backs Derrick Green and De?Veon Smith are a nice 1-2 punch.

Buy. In fact, I?m buying all of the Lunt stock that I can. He showed in the opener why he can be special, hitting 24-of-38 passes for 285 yards with four touchdowns. Without him, Illinois likely would have lost to FCS Youngstown State. Lunt will thrive in this quarterback-friendly offense. Remember, Nathan Scheelhaase led the Big Ten in passing last year-and he wasn?t near the talent Lunt is. Credit coordinator Bill Cubit. Lunt is going to be a stud.

Sell. At least for now. I need to see more. The first glimpse of the new 3-4 scheme brought in by new coordinator Brian Knorr was impressive, as IU limited FCS Indiana State to 170 yards of offense with just 30 on the ground. Kevin Wilson says this is his most talented defensive team yet. Linebackers T.J. Simmons, David Cooper, Forisse Hardin and Nick Mangieri can run and hit. The line also is better. Still, I wanna see this crew vs. a good FBS team. The trip to Missouri on Sept. 20 should be a good indicator. Check back with me after that.

Buy. I like the redshirt freshman. He showed flashes in the opening win vs. Navy, hitting 12-of-15 passes for 226 yards with two touchdowns and an interception. Barrett isn?t the athlete that Braxton Miller is. But, who is? So, the talent around Barrett will need to take on the dynamic skills that Miller brought to the offense. But Barrett can move-and he may be a better passer. This still could be a special season for the Buckeyes.

Sell. Yes, Lewis is good and excelled in the opener by catching eight passes for 173 yards and a touchdown. But I think true freshman DaeSean Hamilton may be the guy. He grabbed 11 passes for 165 yards vs. UCF and looks special with his speed.

Buy. Akeem Hunt and Raheem Mostert looked good in camp. And that carried over into the opener, as Mostert ran 22 times for 146 yards and Hunt carried 15 for 78. These guys are fast and dynamic and are working behind an improved line. My worry: Will they hold up? I?m not sure they can carry a big workload for 12 games without breaking down.