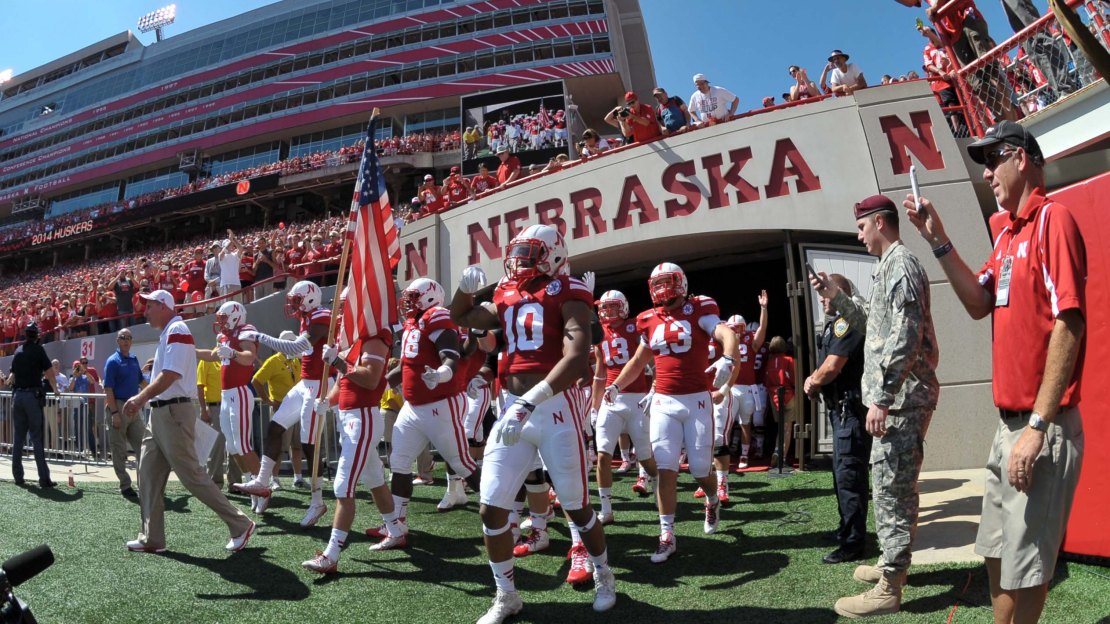 You have questions, and I have answers. Please Keep them coming. It seems many of you are miffed and rankled by my latest Power Rankings. Now, on to your queries.

Do you think Nebraska has any chance of making it to the Big Ten championship game? – Austin Hunter

Yes, the Cornhuskers easily could make it to the Big Ten title game, especially if they keep playing like they did vs. Florida Atlantic on Saturday. The offense is a triple-threat of the running back run, the quarterback run and the passing game. That?s a huge challenge for any defense. Still, I want to see how Tommy Armstrong passes vs. better competition. The defense also must continue to show it won?t suffer the letdowns that have plagued it on occasion the past two years. How will the unit deal with adversity when it hits? Still, the team looks to have the personnel to make a run for the program?s first league title since 1999.

After the Hawkeyes? first game, do you think they will still have a good season? – Jacob Maurn

I do. People need to remember: Don?t overact from one week, especially the opening week. People are so quick to ordain a team a contender or write it off based on ONE week. It?s just crazy. Was Iowa impressive in dispatching Northern Iowa? No. Did most people think UNI would push the Hawkeyes? Yes. Did Iowa find a way to win? Yes. If the Hawkeyes had opened vs. Florida Atlantic or Appalachian State, I bet they would have won with ease. Just keep things in perspective.

I don't understand how you can rank Iowa ahead of Nebraska and Michigan in your Power Poll. You guys must've been polling some Iowa tavern's regulars. – Brandon Nelson

Why should I penalize Iowa for beating a Northern Iowa team that is better than Florida Atlantic (who Nebraska beat) and Appalachian State (who Michigan beat)? I am not going to downgrade teams because they happen to ?win ugly.?

You make some good points, but I have to disagree with your notion that Minnesota has ?improved? facilities. Time and again, Jerry Kill has talked about the need to improve facilities. He hopes ground will be broken on a football facility this spring. Stay tuned. The Gophers did ink a four-star recruit last February in running back Jeff Jones. And there are seven three-star recruits committed for 2015. No doubt, with better facilities, Kill likely could attract even better players. But this staff excels at developing three-star guys. Star ratings don?t mean everything.

What will Ohio State have to do to win it all this year? – Dr. Julius Del Pino

I was encouraged from what I saw from redshirt freshman QB J.T. Barrett. Is he a playmaker like Braxton Miller? No. Can he make something out of nothing like Miller? No. Still, Barrett is a promising passer who showed some savvy as a decision maker, too. Players around Barrett will have to make more plays. And the Buckeyes have plenty who are capable, including Curtis Samuel and Dontre Wilson, among others. The defense also looks improved. If so, Ohio State still could win the Big Ten-and get into the playoff. That Nov. 8 game at Michigan State will be huge.

Does Michigan match up with Ohio State and Michigan State? And can the running game hold up? – Gavin McLean

No doubt, the running game looked good for Michigan in the opener vs. Appalachian State. The Wolverines ran 36 times for 350 yards, averaging 9.7 yards per carry behind Derrick Green (170 yards rushing) and De?Veon Smith (115). The much-maligned offensive line looked good, getting a consistent push. It?s amazing that Michigan is starting a true freshman at left tackle in Mason Cole. How good is he gonna be in a few years? Still, tougher tests loom, beginning with this Saturday?s trip to Notre Dame. If the Wolverines can run-and win-in South Bend, it will prove a lot and show what this team probably can expect in Big Ten play.

Does Michigan State have a good chance to make the playoff if it can knock off Oregon? – Greg Schaub

No doubt. If the Spartans can return from Eugene, Ore., with a win, they seemingly would have a terrific shot at grabbing one of those four playoff spots. Look at the rest of Michigan State?s schedule:

Do you see a game where the Spartans will be an underdog? I don?t. MSU just has to guard against complacency, stay hungry, remain focused and be ready for every team?s best shot. I trust Mark Dantonio to keep this team on task. This is the team to beat in the Big Ten, but don?t overlook Ohio State, Iowa, Nebraska and Wisconsin.

If Rutgers opens 5-0, will that be enough to seal this season's B1G debut a success? – Policy ThinkShop Blogger

That will mean beating Howard, Penn State, Navy and Tulane. And, yes, I think the Scarlet Knights would have a good shot to do that. The visit from Penn State will be difficult, as will the trip to Navy. Still, to open 5-0 would be huge for RU. But to be a ?success,? I think Rutgers needs to win a couple Big Ten games. Imagine the Scarlet Knights being 5-0 with Michigan coming to town on Oct. 4?