What did Tom Dienhart learn about Big Ten in Week 1? Here's what! 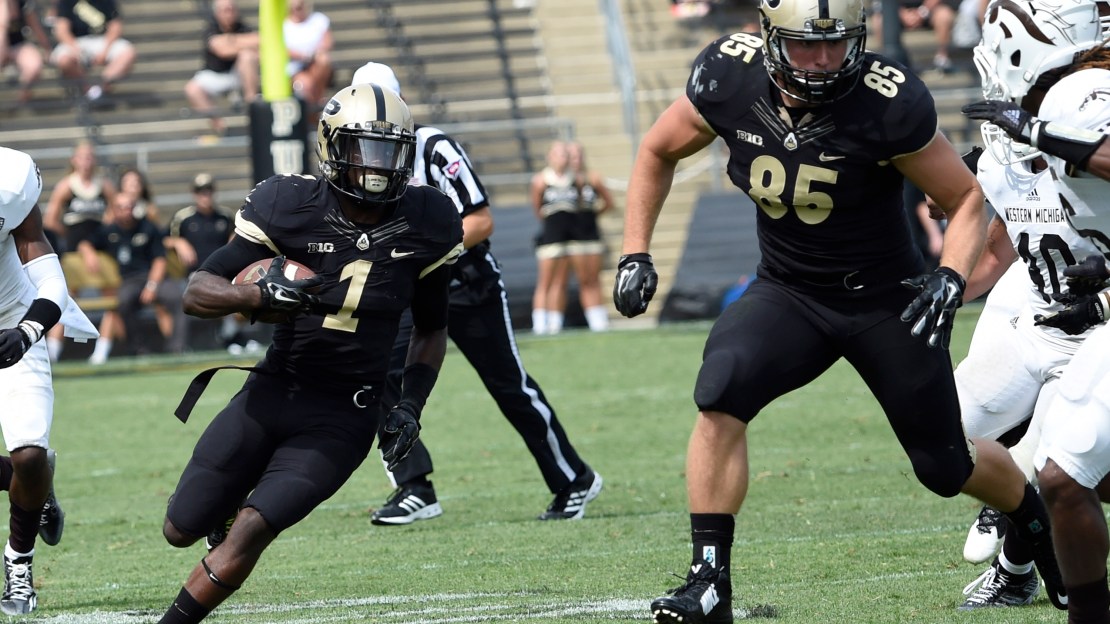 So many games-14 in all. The Big Ten went 12-2, but was so close to making it 13-1 had LSU not rallied past Wisconsin in the opening week's biggest game. There's so much to take in and process after the first week. Here are 10 things I learned.

1. Ohio State isn?t going to get tremendous rushing production from J.T. Barrett. He?s no Braxton Miller afoot. But, who is? So, the Buckeyes will need to rely more on running backs like Curtis Samuel and Ezekiel Elliott, among others. Barrett looked good as a passer, hitting 12-of-15 attempts for 226 yards and two touchdowns and an interception. The redshirt freshman is gonna be OK.

[ MORE: Ohio State is going to be A-OK without Braxton Miller ]

2. The Big Ten missed a chance at a super-special opening week. If Wisconsin holds off LSU, which scored the game's final 21 points, the Big Ten would have made a big-time statement. Alas, the Badgers lost and reaffirmed concerns about their ability to pass. Is Tanner McEvoy really the answer at quarterback? Any big-play receivers? Don?t bet against Gary Andersen and Co., figuring it out.

3. If Christian Hackenberg doesn?t lead the Big Ten in passing yards, I?ll be shocked. We got a preview of things to come in Penn State?s 26-24 win over Central Florida, as ?Hack? threw for a school single-game record 454 yards. Chucking the rock figures to be the Nittany Lions? best chance for victory this fall, so they figure to ride Hackenberg?s right arm as far as it will take Penn State. Good idea.

4. Michigan State is gonna have one of the top offenses in the Big Ten. This time last year, the unit was littered with questions. Not now. Connor Cook is a confident signal-caller who has an array of weapons at his disposal, including a deep collection of receivers and one of the top running backs in the Big Ten in Jeremy Langford. The Spartans will need all the points they can get next week when they play at Oregon.

5. Speaking of Oregon ? If Michigan State can return from Eugene with a victory, it figures to have a good shot to run the table. In fact, the Spartans should be favored in every game the rest of the way. MSU looks like the league?s best hope for a playoff team.

6. Tevin Coleman is one of the most underrated running backs in the Big Ten-if not the nation. The Hoosier ran for a career-high 247 yards in a win vs. Indiana State. Coleman too often gets lost amid a collection of Big Ten backs that includes Nebraska?s Ameer Abdullah, Wisconsin?s Melvin Gordon, Michigan State?s Jeremy Langford and Minnesota?s David Cobb, among others.

7. Yes, it was just Appalachian State, but Michigan?s offense looks better. Time and again, the Wolverines knocked the Mountaineers off the ball in the running game. Michigan rushed 36 times for 350 yards with Derrick Green (170) and De?Veon Smith (115) each eclipsing the century mark. This needs to continue. A trip to Notre Dame is next.

8. Purdue has found an offensive identity. It?s running the ball with Raheem Mostert and Akeem Hunt. The speedy backs combined to rush 37 times for 224 and two scores in an opening win vs. Western Michigan. I just wonder if each can endure a heavy workload over 12 games.

9. Minnesota?s offense still needs big-play explosiveness. There wasn?t enough in the opener vs. Eastern Illinois-especially in the passing game. Unless the Golden Gophers can strike quickly with more frequency, they may have trouble improving on last year?s eight-win total.

10. Illinois? defensive line needs to play better. Coordinator Tim Banks has made no bones about it: His unit will rise and fall with how the front plays. The talent is better than last year; and depth has improved. Now, the results need to amp up after Youngstown State ran for 203 yards. The Illinois defense-and team fortunes, for the most part–will rise or fall depending on how the line plays.