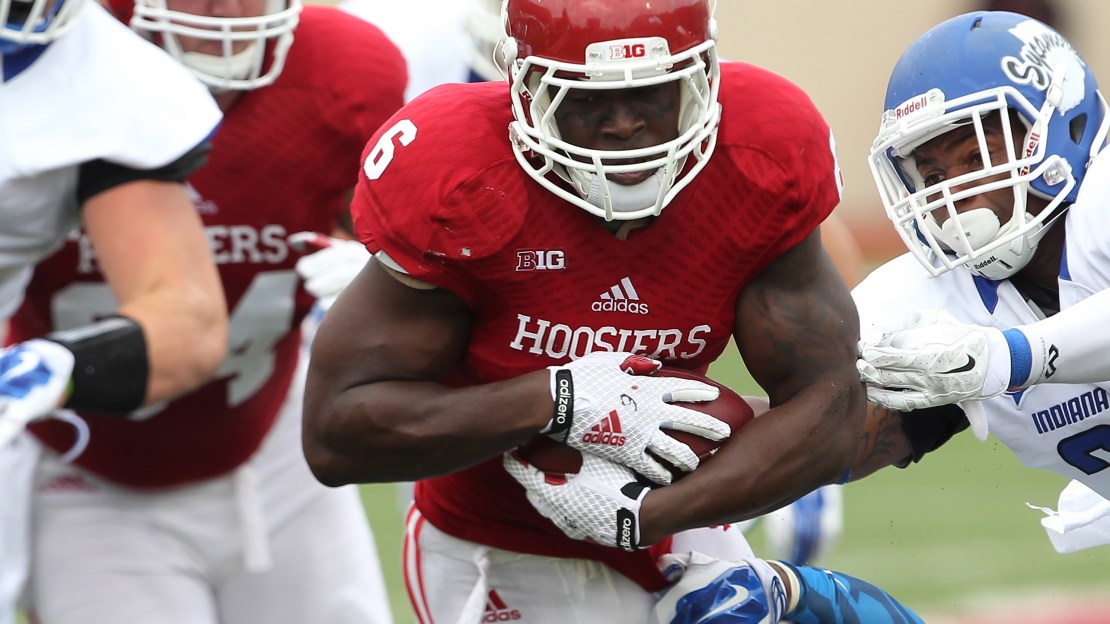 Every Saturday night during the 2014 Big Ten football season, BTN.com posts its players of the week (offense, defense and special teams). Check out our Week 1 stars in this post.

Co-offensive leaders: Tevin Coleman, RB, Indiana & Ameer Abdullah, RB, Nebraska. These two Big Ten backs were nothing short of outstanding in their respective season openers. Coleman rushed for a career-high 247 yards, which was good for the fifth-highest rushing total in school history, and two touchdowns in Indiana's 28-10 win over Indiana State. Abdullah was equally as impressive, totaling 241 yards and a touchdown, as the Huskers erupted for a Big Ten modern-era record 784 yards in a 55-7 victory over Florida Atlantic.

Defensive leader: Darron Lee, LB, Ohio State. The Buckeyes' linebacker was all over the field in Ohio State's 34-17 win over Navy. Lee, a first-year starter, recorded seven tackles, one quarterback hurry, and a crucial 51-yard fumble recovery for a touchdown, which gave Ohio State the lead early in the third quarter.

Special teams leader: Sam Ficken, K, Penn State & Frankie Williams, DB, Purdue. Ficken drilled a game-winning 36-yard field goal as time expired, in addition to three other field goals, to help Penn State walk off with 26-24 comeback victory over UCF in Dublin. The senior captain also hit both of his extra points. Williams piled up 109 yards on returns, including a 36-yard punt return in the third quarter that set up the score that broke the game open and helped Purdue snap a 12-game losing streak against FBS teams.