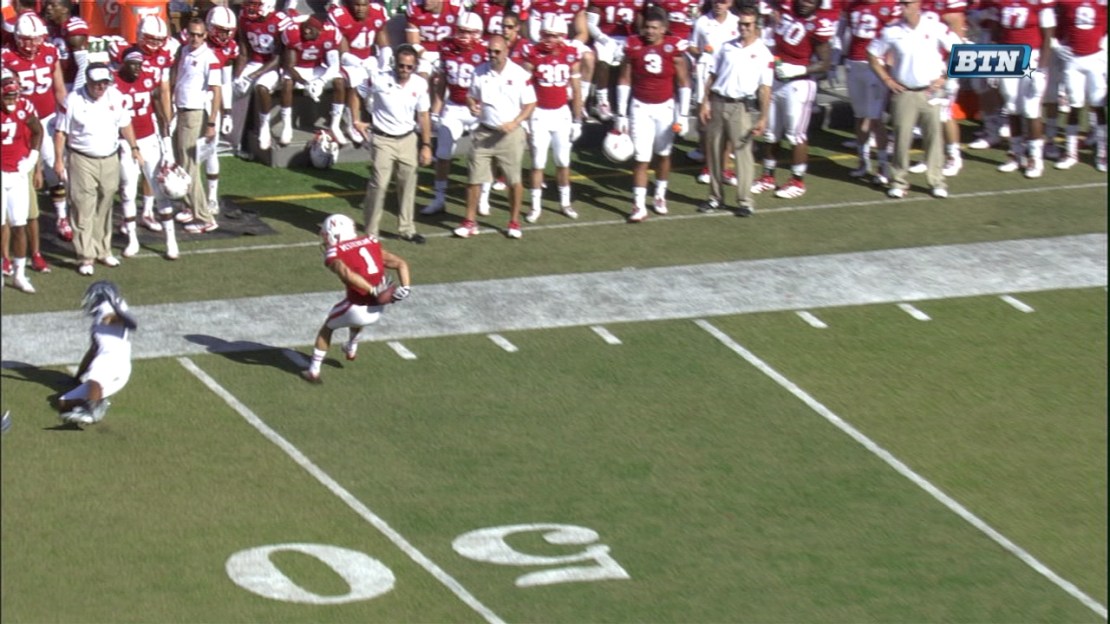 It's Week 1. Still, Jordan Westerkamp may have just recorded what will go down as the catch of the year. Hyperbole? Decide for yourself.

We don't think it's hyperbole. We're talking about a behind-the-back catch on a ball that was deflected near the sideline. So, not only did it require instincts, it took incredible concentration and impeccable footwork. Unreal.

How did he haul it in?

This isn't Westerkamp's first big-time catch, though. If you remember, he was the one who came down with the game-winner at the last second vs. Northwestern last year.