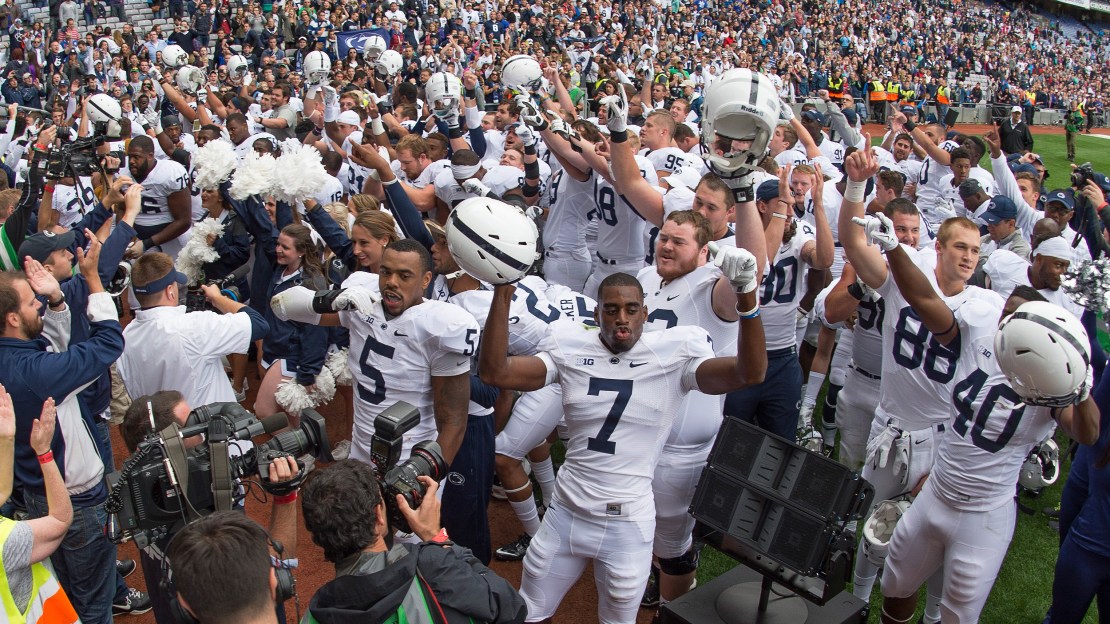 (AP) Penn State won a thrilling season opener with a 36-yard field goal as time expired to defeat the University of Central Florida 26-24 in front of a raucous 55,000-strong crowd in Ireland.

Behind second-half replacement quarterback Justin Holman, the Knights appeared to have scored their own unlikely come-from-behind victory when Holman scored on a 6-yard touchdown run to put UCF up 24-23 with 1:13 left.

But Christian Hackenberg – capping a 32-for-47, 454-yard performance – coolly directed a seven-play drive to set up Sam Ficken's fourth successful field goal as the Penn State bench swarmed the field. Hackenberg ran 8 yards for a first down on a 4th-down play in Penn State's own half of the field during the final drive.

Saturday's win was the first for new Penn State coach James Franklin, who declared his pride in a team that wasn't rattled by UCF's go-ahead TD.

The Dan Rooney trophy is in Nittany Lion hands! pic.twitter.com/sgCIvQ8eyQ

The Nittany Lions will leave Dublin with #B1G smiles on their faces. pic.twitter.com/7R3UvjEYmi

Want to thank everyone who supports these young men & our great University, #WeAre! Now let's make a statement & sell out Beaver this week!