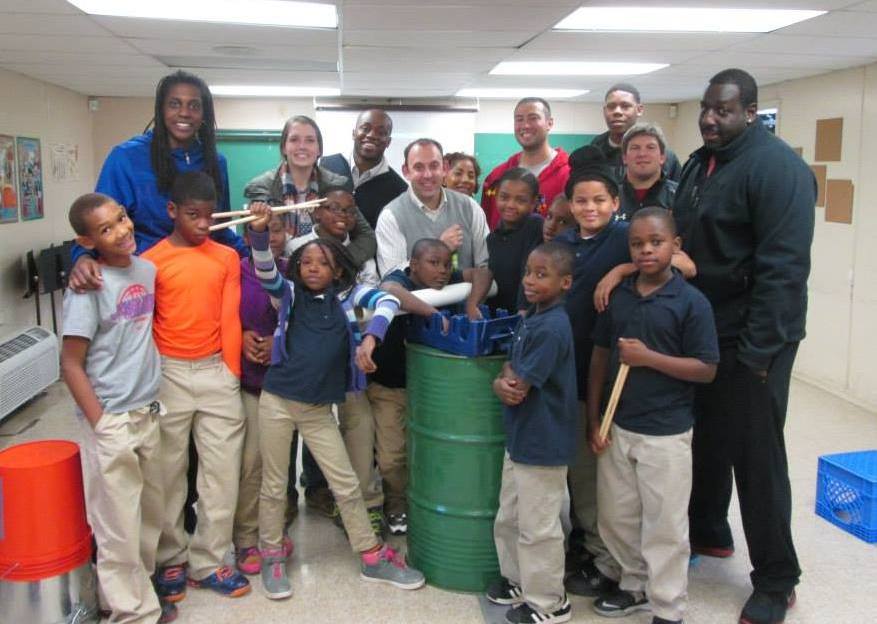 With an infant mortality rate among the highest in the world and hundreds of thousands of child soldiers - many of them abducted before age 15 - the war-torn West African nation of Sierra Leone is a dangerous place to grow up.

Since forming the Madieu Williams Foundation in 2006, former University of Maryland free safety Madieu Williams has invested his time and money into improving the childhoods of current and future generations in his home country.

Williams was born in Sierra Leone in 1981 and emigrated to the United States with his mother nine years later, just before a civil war ripped the country apart. He made the most of the opportunity the move provided. Williams transferred to the University of Maryland before his junior season and earned back-to-back second team all-conference honors. The Cincinnati Bengals drafted him in the second round of the 2004 NFL Draft, and he started his foundation two years later. The foundation?s first big project was the Abigail D. Butscher Primary School, which opened its doors in 2009 in Calaba Town, Sierra Leone. The town?s first school, it was named after Williams? mother, who passed away in 2005 at the age of 45.

That same year, Williams donated $2 million to the University of Maryland to create the Madieu Williams Center for Global Health Initiatives. As part of the School of Public Health, the center focuses on local and global public health initiatives in both Prince George?s County, Md., and Sierra Leone.

In 2012, Williams got the university?s Maryland Sustainability Engineering student group involved to help provide electricity for the school in Sierra Leone. The group installed solar panels to provide lighting as well as wall outlets for computers.

The school is currently able to educate approximately 260 students and recently held an online crowdfunding campaign that raised money to provide more than 1,200 books for the students. Williams also partnered with The Healing Hands Foundation to travel to the West African nation provide medical, dental and surgical care for the students and their parents.

In addition to the work being done in Sierra Leone, the Madieu Williams Foundation is making a difference stateside as well.

Williams started Dieu?s Crew in 2008 while playing for the Minnesota Vikings, at first partnering with the YMCA of Greater Minneapolis. He reintroduced the program in Prince George?s County, Md., when he moved to the Washington Redskins. Dieu?s Crew is an after-school program for kids in grades 3-6 that meets twice a week, focusing on health, education and life skills. The program monitors students? academic progress throughout the year, provides healthy snacks and teaches values such as leadership, overcoming peer pressure, healthy lifestyles and more.

Williams also hosts a free annual football camp that draws more than 300 kids and includes other NFL stars serving as guest coaches. In addition to teaching football skills, the camp carries on major themes of his foundation: health, education and fitness.

As indicated by the naming of the school in Sierra Leone, the charity work Williams does is driven by the memory of his late mother. He called her ?Mother Theresa? because she was always helping others. His foundation?s work and the various ways in which he?s given back to his alma mater are a testament to how well he learned from her example.